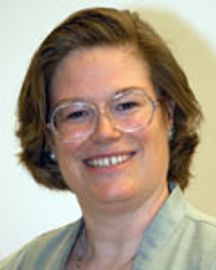 Cynthia A. Challener, PhD, is a contributing editor to BioPharm International.

Multiple methods are required for detecting and removing protein impurities.

Residual undesired proteins-host-cell proteins (HCPs) and high-molecular-weight (HMW) and low-molecular-weight (LMW) species-have the potential to affect the safety and efficacy of biopharmaceuticals. As a result, the levels of these protein impurities in biologic drug substances and drug products must be controlled and are typically considered as critical quality attributes. The properties of the different contaminants vary significantly. In addition, the identification and quantification of some of these residual proteins, particularly in the presence of large concentrations of the product protein, can be challenging. Use of multiple orthogonal analytical methods and purification techniques is often required. Advances in mass spectrometry are, however, enabling more detailed analyses and thus improved monitoring of residual proteins during downstream processing.

The most common protein-based impurities that downstream processes are developed to control include high- and low-molecular-weight species, charge-variants, and host-cell proteins.

HMW species include dimers, trimers, tetramers, etc., formed of monomers that can be either covalently or non-covalently linked, according to John Moscariello, vice-president of process development for CMC Biologics. “Often, these large protein impurities consist of misfolded monomers in which surfaces of the monomer are exposed that typically would not be in the monomeric form. They are believed to primarily impact safety, but also can impact efficacy,” he says. He does note, however, that there are data suggesting that some aggregated species are well tolerated. Even so, regulatory agencies expect biopharmaceutical manufacturers to control HMW species through specifications for the drug substance, drug product, and end-of-shelf life.

LMW species, which include clipped species and half molecules for compounds that are intended to be dimeric, such as monoclonal antibodies and bispecific antibodies, must also be controlled during downstream processing. These molecules can impact both safety due to the potential to cause immunogenicity responses and efficacy as the result of missing structural features, such as complementarity determining regions, which play a role in determining the antigen-binding specificities of antibodies and T-cell receptors, according to Moscariello.

HCPs are generated during the production of recombinant proteins. The host cells used for fermentation/cell culture produce HCPs necessary for the cells to function (growth, gene transcription, protein synthesis, etc.) and during cell death. They must also be controlled during downstream processing because they have the potential to elicit an immune response in patients due to the use of non-human cell lines (typically Chinese hamster ovary or CHO cells) for production. Some HCPs can also affect drug product stability. “Regulatory agencies expect robust control of these species through drug substance release testing,” Moscariello observes.

“SEC-HPLC (or UHPLC) is a very robust assay and typically has very good resolution for HMW species, but it is often difficult to resolve LMW species,” Moscariello says. As a result, CE-SDS is used for the detection of LMW protein impurities. The SDS denatures the protein, and if needed a reducing agent can be added to break any disulfide bonds. As in SDS-PAGE (polyacrylamide gel electrophoresis), the LMWs are separated based on size. For monoclonal antibodies, when running a reduced CE-SDS, typically highly resolved intact heavy and light chains, as well as any clipped species or non-reducible HMW species (i.e., covalently linked compounds) can be observed, according to Moscariello. To detect half-antibodies, however, non-reduced CE-SDS is frequently used because they are difficult to detect when using a reducing agent.

Although ELISA is the most common technique for monitoring HCPs, the selectivity of this method is dependent on the antibodies used in the ELISA kit, and consequently some HCPs can potentially be missed, according to Peter Levison, senior marketing director, downstream processing with Pall Life Sciences. HCP ELISAs employ a polyclonal mixture of anti-host cell proteins, but often do not provide complete coverage for all of the HCPs expressed during a specific process. This situation is particularly true for commercial kits. “While these kits allow for off-the-shelf detection of a wide range of HCPs for various cell lines, including CHO, they likely have significant gaps in HCPs for each specific process. As a result, ELISAs are known to show significant variability and it is difficult to get accurate values,” Moscariello comments. On the other hand, he notes that the development of product-specific HCP assays with high coverage is costly and time consuming.

Most companies are exploring more advanced techniques for the detection of HCPs and other protein impurities that are designed to overcome the limitations of existing methodologies. In particular, Moscariello notes significant investment in process analytical technology (PAT) tools for online or at-line monitoring of HMWs and other contaminants. For instance, he points to the use by Amgen of multi-angle light scattering (MALS) to monitor protein aggregates at the effluent of a cation-exchange column.

Several advances in detection techniques for HCPs are also being made. Use of isotope tags for relative and absolute quantification (iTRAQ) HPLC technology can enable better detection of host-cell proteins, and when coupled with comprehensive genome sequences, can enable better identification of HCPs using established mass spectrometry (MS) databases, according to Levison. Data obtained from techniques such as surface-enhanced laser desorption/ionization-time of flight (SELDI-TOF) MS in combination with ELISA results are also allowing semi-quantification of total HCPs.

The first step in the purification of bioprocess fluids taken from bioreactors is clarification. In this step, the biologic-drug substance is separated from cell debris and turbidity is removed, leaving a clear harvested cell-culture fluid. This step is typically achieved via depth filtration or centrifugation and does also lead to the reduction of undesired protein impurities. Pall Life Sciences introduced the Cadence Acoustic Separator technology in April 2016-an alternative clarification method for cell-culture bioprocess fluids, including those from continuous perfusion processes-based on acoustic wave separation technology licensed in 2015 from FloDesign Sonics (FDS).

Following clarification, orthogonal chromatographic steps during protein purification are generally used to further reduce HCP, HMW, and other contaminants to acceptable levels, according to Levinson. “The most powerful step to remove HCPs is affinity chromatography,” asserts Moscariello. There are issues with this method, however. While almost universally adopted for monoclonal antibodies, this method is often not applicable for non-fragment-crystallizable (Fc)-region-containing products. There are significant product-HCP interactions with antibodies. It is common to try to disrupt these interactions with harsh washes, particularly on affinity resins, which requires that they be salt-tolerant. Levison adds that the introduction of new mixed-mode modalities has provided additional selectivities that are providing improved HCP clearance.

There is also a lot of work being done with precipitating and flocculating agents, according to Moscariello. He notes that caprylic acid has been shown to significantly remove HCPs from product streams without significant loss of product.

Advances in detection technologies are having an impact on the capability of downstream processing to remove undesired protein impurities, according to Moscariello “The ability to identify specific HCPs using state-of-the-art MS techniques has allowed downstream development scientists to assess the charge, size, and hydrophobicity of these HCPs and exploit their differences from the product of interest and develop more robust processes,” Moscariello adds.

“Improvements in analytics and genomic/proteomic analyses may well provide better awareness of the presence of contaminants and therefore facilitate their clearance,” Levinson concludes.