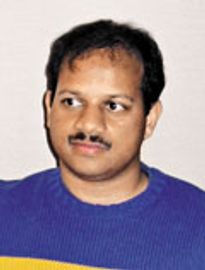 The authors review the status of expression of antibodies in microbial hosts and present the recent advances in the production of aglycosylated antibodies in bacteria.

The biopharmaceutical industry is growing exponentially, driven by an ever-increasing demand for monoclonal antibodies (mAbs) and related products that are capable of treating complex, life-threatening diseases such as cancer, as well as other infectious and autoimmune diseases. With more than 200 recombinant proteins on the market today, the biopharmaceutical industry is expected to reach approximately $180 billion by 2016 (1). Therapeutic mAbs and their derivatives-such as antibody fragments (Fab), single-chain Fv (scFv), and diabodies-represent the fastest-growing class of approved therapeutic proteins because of their high specificity, increased serum half-life, and low toxicity (2). These products have been used in biosensors, protein purification, and bioimaging (3).

Since the advent of an era of antibody-based therapeutics, the major focus of the industry has been on the generation of antibodies with glycosylation patterns similar to the naturally occurring immunoglobulin Gs (IgGs). Mammalian cells have been primarily applied as the hosts of choice for mAb expression. However, clinical success of mAbs has tremendously increased their demand, and this in turn has fueled interest in other cost-effective alternative production systems such as microbial hosts. Further, mAb production in microbial hosts such as bacterial cells completely abrogates the nuisance of glycosylation control and speeds up production timelines, further simplifying bioprocessing. The groundbreaking discovery of hybridoma cell generation technology leading to mAb production is one of the key developments in the past decade (4). Generation of antibodies in microbial hosts was initially met with skepticism due to potential immunogenicity issues. Recent developments in aglycosylated antibodies possessing similar antigen-binding affinity and engineered-specific FcγR binding has led to an enormous interest in these products. In this article, the authors review the status of expression of antibodies in microbial hosts and present the recent advances in the production of aglycosylated antibodies in bacteria.

Structure of a monoclonal antibody and its derivatives
Antibodies are glycoproteins consisting of two heavy chains and two light chains that are linked with disulfide bonds. This Y-shaped molecule possesses an antigen binding fragment (Fab) and a crystallizable fragment (Fc). Presently, different formats of antibody fragments, such as single-chain variable fragments (scFv), the fragment (Fab’)2, diabody fragments (dAb), and single-chain antibody fragments (scFab) have been generated, which possess similar antigen binding affinities, but different effector functions, due to the lack of an Fc region. These different antibody formats have been illustrated in Figure 1.

Motivation for antibody production in microbial hosts
Mammalian cells have been predominantly employed for the expression of antibodies and related products because of their ability to introduce post-translational modifications similar to that of human cells. However, use of mammalian expression system also has few disadvantages, which has propelled manufacturers to search for alternative host systems. One of the most important challenges is predicting the manufacturing behavior of cell lines at early stages and selection of clones with appropriate growth characteristics. Process improvements have generally been expensive and time consuming. Medium complexity, serum requirements, and shear sensitivity are some of the other drawbacks that characterize mammalian systems (5). Cell-culture process parameters affecting the glycosylation level of mAbs also need to be controlled to ensure consistent product quality (6). Selection of a stable antibody-producing clone is also a tedious and cumbersome exercise. In addition, viral contamination of a therapeutic protein preparation can be altogether avoided with cultivation in microbial system. While mammalian systems have been predominantly used for the expression of therapeutic proteins, advances in cellular engineering of microbial hosts have resulted in an increasing acceptance in the use of these hosts as an alternative for the production of mAb therapeutics.

Challenges associated with the production of antibodies in microbial hosts
Microbial cells such as yeast and bacteria possess many advantages, such as fast growth, well-known genetics, and low cultivation costs. Glycoengineering platforms, display technologies and library creation, and robust manufacturing process development support the use of microbial cells as suitable candidates for pharmaceutical development. Although bacterial cells do not have the glycosylation machinery necessary for mAb production, recent successes in the expression of antibody-related products demonstrate the application of a bacterial host as an alternative choice. A number of bacteria, such as Escherichia coli, Corynebacterium glutamicum, Pseudomonas putida, and Bacillus megaterium have been used for the production of recombinant proteins (7). Of these, E. coli is the most popular host and two of the commercially available antibody-fragment products-Lucentis (ranibizumab injection) and Cimzia (cerolizumab pegol)-are expressed in E. coli (8).

Antibody molecules contain disulfide bonds in their structure, and proper formation of these bonds is highly crucial for folding, solubility, and epitope binding. Protein folding and disulfide bond formation require an oxidizing environment, which is provided by the periplasm, the main compartment for the production of functional therapeutic proteins. Co-expression of foldases and molecular chaperones (Skp, FkpA, DsbA, and DsbC) helps in disulfide bond formation, prevention of misfolding, and aggregation of heterologous proteins (9). E. coli has several cytoplasmic endogenous proteases that can cause proteolytic degradation; this represents a critical disadvantage of E. coli as a production vector. However, this problem has been successfully obviated by either use of protease-deficient strains or secretion of protein into periplasm, where there are fewer proteases. In E. coli, the Sec-dependent pathway has been used for protein secretion because of its abundance, although accumulation of protein aggregates may occur due to the generation of premature proteins before secretion. The formation of the inclusion bodies can be avoided by co-expression of cytoplasmic chaperones and utilization of a signal recognition particle (SRP)-dependent pathway. In addition, periplasmic inclusion bodies may also form due to incorrect folding of translocated proteins in the periplasm. Based on the twin-arginine translocation system (TAT), a new transport system enabling translocation of fully folded proteins in bacterial cells has been developed (10). Many advances such as translation region initiation (TIR) optimization, engineering of secretion pathways, and co-expression of molecular chaperones have been made for enhancing antibody productivity in bacteria and these have been reviewed elsewhere (7, 9, 11). Major focus in antibody production in E. coli has been on the generation of scFv and Fab fragments. Full-length antibody (IgG) production continues to be a challenge due to low productivity, and various strategies have been employed to counteract this issue.

Eukaryotic cells such as yeasts offer additional advantages of post-translational modifications-such as disulfide bond formation, which facilitates proper folding. While Pichia pastoris is the major strain used for expression of recombinant antibodies, other strains such as Saccharomyces cerevisiae, Yarrowia lipolytica, and Schizosaccharomyces pombe have also been used to a lesser extent. Yeast cells tend to hyperglycosylate the recombinant proteins (even at non-native positions), and this may result in altered pharmacokinetics, activation of complement system, and generation of anti-glycan antibodies. P. pastoris cells-cells that have been glycoengineered and express antibodies with superior volumetric productivity-have been developed to mitigate this problem (12). Yields of up to 1.4 g/L of humanized IgG have been reported with glycoengineered P. pastoris (13), which is far superior to mammalian systems. Still, the use of this strain in antibody bioprocessing suffers from disadvantages, such as the occasional addition of heterogeneous O-linked glycans and slight differences in the N-glycan structure. A few examples of antibody and antibody derivative expression in microbial hosts that appear in current literature are presented in Tables I and II.

Antibodies constitute an important class of serum glycoproteins, and the IgG isotype is the most common isotype used for pharmaceutical applications. Natural IgG antibodies are glycosylated at the Asn297 amino acid position of the Fc fragment. The complex biantennary glycan structure depends on multiple glycosyltransferases and glycosidases located in the endoplasmic reticulum and Golgi bodies. These glycan molecules impart effector functions-such as antibody-dependent cell cytotoxicity (ADCC) and complement-dependent cytotoxicity (CDC)-to the antibody molecules. Absence of post-translational modifications in bacterial host cells leads to a complete abolition of glycosylation of antibodies, resulting in structural changes such as open conformation, enhanced flexibility, and complete loss of effector functions. In early experimental studies on X-ray structures of wild-type glycosylated IgG molecules and truncated Fc domains, glycan molecules were considered to provide the necessary flexibility to the CH2 domain of an IgG molecule, and removal of a glycan moiety was thought to be associated with the “closed IgG” conformation (40).

However, recent small-angle X-ray-scattering experimental observations by researchers have suggested that aglycosylated Fc has a more flexible CH2-CH3 interface than previously imagined. This is due to their larger radius of gyration than their glycosylated counterparts, and the crystal packing in aglycosylated structures may result in a “closed upper CH2 region” in their X-ray crystal structures (41). Figure 2 illustrates the conformational difference between glycosylated IgG and bacterially expressed aglycosylated IgG. The wild-type aglycosylated IgGs show almost no affinity towards FcγRs and don’t display any effector functions, but their engineering have enabled them to selectively bind to receptors. The need of aglycosylated antibodies with engineered Fc regions is highly crucial for anti-tumor therapies, where tumor cells exhibit many features similar to normal cells and selective engagement of FcγR receptors is essential to prevent deleterious effects (such as multi-organ failure or septicemia) resulting from nonspecific activation of dendritic cells. This effect has been predominantly observed in the case of the aglycosylated form of trastuzumab (Herceptin), which exhibited a 160-fold superior binding affinity to FcγRIIa than clinical grade drug and displayed enhanced antibody-dependent cellular phagocytoxic activity (42). This work deserves a special mention as FcγRIIa and FcγRIIb have high sequence identities (96%) but completely opposite roles. Aglycosylated antibody fragments showing selective binding to FcγRIIa were isolated by yeast surface display and flow-cytometry screening. In another study, researchers employed a knob-into-hole technique to assemble E. coli-derived aglycosylated half IgG and CHO-cell derived glycosylated half IgG to generate hemi-glycosylated IgG. It was observed that hemi-glycosylated IgG with a defucosylated glycan was able to display ADCC activity that was two-fold more potent than hemi-glycosylated IgG with a fucosylated glycan (43). Advances in engineering of effector functions in aglycosylated antibodies are summarized in Table III, and these efforts have paved the way for possible emergence of aglycosylated antibodies as next-generation therapeutics with high selectivity and novel effector functions.

Aglycosylated antibodies are similar to their wild-type glycosylated counterparts in terms of bioavailability, pharmacokinetics, and epitope binding. Several aglycosylated antibodies are under clinical trials and to date, no immunogenicity issues have been reported. Tolerx (MA, USA) has developed a series of humanized aglycosylated antibodies (TRX1, TRX4, TRX518) by knocking out asparagine at the 297th position. TRX1 is a monoclonal IgG1 anti-CD4 mAb (N297A mutation) that is being exploited for the suppression of autoantibodies in autoimmune disorders and neutralizing antibodies induced by enzyme replenishment therapy (44). Onartuzumab (MET-mAb, Genentech) is the first full-length monoclonal humanized and affinity-matured aglycosylated antibody expressed in E. coli for the treatment of lung cancer. It inhibits hepatocyte growth factor (HGF)-mediated activation and receptor signaling and possesses similar pharmacokinetic properties as that of its glycosylated counterparts. Similarly, yeast-expressed aglycosylated monoclonal antibody ALD518 (Alder Biopharmaceuticals) exhibited a half-life of 25 days (comparable to the wild-type glycosylated form) and significant improvements in patients with rheumatoid arthritis (45).  Recent success in aglycosylated IgG production and clinical efficacy data indicates that they may have even more applications in the future.

Conclusion
The development of microbial expression systems that are capable of delivering projects that are not immunogenic and retain antigen specificity could pave the way for the cost-effective production of mAb products. Though substantial progress has been made in cellular engineering and in the secretion pathway of microbial cells, further progress in metabolomic and proteomic techniques is required to improve the understanding of microbial systems and the generation of host strains with enhanced potential.

ALL FIGURES ARE COURTESY OF THE AUTHORS.

Novasep to Expand its HPAPI Capabilities at its France Site

Biogen and Capsigen to Develop Novel AAV Capsids for up to $1.37 Billion