More than half the deals made by pharma are with companies based in the US, 28 percent in Europe, and 15 percent Japan.

In 2003, licensed products accounted for more than $70 billion in revenues for the top 20 global pharma companies. And according to research by Wood Mackenzie, that figure will top $100 billion by 2008 and will represent nearly a third of the industry's total projected revenue. By these measures, licensing is and will continue to be big business for Big Pharma. In fact, some companies embrace it as their core business development strategy. This article highlights some of the findings of a 2004 study that reviews the evolution of Big Pharma's R&D licensing strategies during the last 15 years. (See "Study Methodology,".)

Following steady growth from 1989 to 1998, the number of deals has declined, even as the value of those deals' revenues has grown. In particular, preclinical deals dramatically declined after 2001 but have begun to level off at approximately 25 percent of all deals. The total of clinical-stage deals (Phases I and II) has continued to decline from a high point in 2001. However, for advanced clinical licensing arrangements (Phase III through registration), deal making appears to be on the rebound. (See "Total Annual Deals by Development Phase,".)

What accounts for this apparent slowdown in what otherwise appears to be a white-hot market? It's possible that licensing has become so competitive that late-stage deals and even pre-clinical agreements are simply too costly. Rather, the largest of the Big Pharma companies are increasingly licensing Phase I and II compounds—cheaper but riskier investments. (See "Total Company Deals by Development Phase.")

GlaxoSmithKline leads in total volume, with almost 90 deals secured since 1989. Next is Pfizer, followed by Sanofi-Aventis and Bristol-Myers Squibb. GSK currently manages more licensed products through development than any other large pharma company.

The United States continues to be the most active region for licensing activity, with 55 percent of the deals struck by large pharma companies taking place with US-based companies. Europe accounts for 28 percent of the total, Japan contributes 15 percent, and the remainder is spread throughout the world.

An interesting cultural difference is playing out on the global stage. European and US companies collaborate with US, European, and Japanese companies in similar proportions, reflecting the global nature of pharma R&D on both sides of the Atlantic. In contrast, Japanese companies strike the greatest proportion of deals locally. Takeda, for example, positions itself as the partner of choice for smaller firms in Japan, but also for Japanese companies seeking to extend their international presence.

A Time and a Place

Analyzed by phase of development, the licensing field shows important differences among players. Amgen banks on early-stage deals—more than 80 percent of its agreements are in preclinical. Similarly, Merck's "back to the science" strategy places more than 70 percent of its licensed portfolio in early-stage development. In contrast, Schering Plough, Boehringer Ingelheim, and Schering AG remain focused on late-stage deals. (See "Percentage of Company Deals by Development Phase,".)

Deal-making activity varies widely from one therapeutic area to another, but the oncology sector has seen the greatest proportion of licensing deals over the last 15 years, reflecting the specialist nature of the oncology market, the diverse array of specific indications, and the large number of biotechs focusing on this area. (See "Deals by Therapeutic Area.") Genentech and Roche's Rituxan (rituximab)—even with its narrow indication profile—exemplifies the commercial potential for targeted oncology products. In contrast, the cardiovascular segment has not experienced licensing activity proportional to its size—probably because companies have historically approached it with internal R&D resources. But promising candidates can produce high value on the licensing front (Lipitor is a prime example), and biologics are beginning to make inroads into the cardiovascular and metabolism areas.

The growth in combination treatments—hypertension and diabetes, to name two—might necessitate the emergence of licensed product "combo platters."

Licensing deals, along with most other alliances, have a relatively high failure rate—an average 37 percent are successful. Therapeutic focus, strategic fit, development phase, and even uniqueness of technology determine the success or failure rate and return on investment. More than 60 percent of products licensed in Phase III or pre-regulatory stages actually reach the market. This drops to 20 percent for Phase I and II compounds. In spite of that, licensing will likely continue to be the key development strategy for many large pharma companies. Facing this reality, major players will have to consider their strategies:

Individual strategies are still evolving, but the market will grow as long as deals deliver revenues. Successful companies will need to focus not only on their own approach to deal making but also that of their competitors. Keeping deals close may help keep business enemies further away.

Jim Hall is president of the life sciences practice of the consulting firm Wood Mackenzie’s Boston office. He can be reached at jim.hall@woodmac.com. 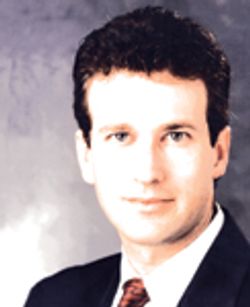 Back to the Pharma Future

Oiling the Engines of Invention 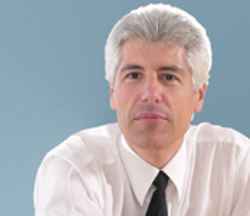