A 25-Year Retrospective on Orphan Drugs

A look back at the history of orphan drugs in the industry.

Throughout BioPharm International's 25th anniversary year, we will be looking back at articles published in the first volume of the journal. This month, Michael N. Abrams, managing partner at Numerof & Associates, gives an update on "Product Development and Registration, Part IV: Special INDs and Marketing Applications," written by Nancy J. Chew in 1988, and the rise of orphan drugs.

In 1988, the Orphan Drug Act was barely five years old and still coming of age in the industry. Created in 1983, the Act provided financial incentives (e.g., research grants, tax credits for development costs, and seven years of market exclusivity) to sponsors of products intended for conditions affecting fewer than 200,000 persons. The point was to make the development of such drugs more attractive, offsetting development costs and limited market potential.

Some manufacturers had already discovered the potential competitive advantage of orphan drug status by 1988. Perhaps the best example is that of Amgen's erythropoietin, which started out as an orphan drug, but even in 1988 was well on its way to becoming a blockbuster product through the approval of new indications.

Applications for orphan-drug status in the US had risen to a modest 88 in 1988, and this number remained stable through 2000, according to FDA's Office of Orphan Products Development. Since then, interest has risen dramatically and consistently to 306 applications filed in 2011.

In spite of the dramatic increase in interest of orphan-drug designation, the probability of actually receiving designation as an orphan drug in the US has remained much the same since 1988 as it was in the first five years: 68%, compared with 72%. The probability of receiving market approval is also similar: 13% since 1988, compared with 12% in the five years prior. In 1988, a total of 253 products were designated as orphan drugs, and 36 were given market approval. In 2011, a total of 2507 products were designated, and 393 were given market approval.

The nonfinancial benefits of orphan-drug designation haven't changed greatly since 1988. The designation still comes with fast-track approval, FDA assistance with research protocol design, and approval to conduct Phase III clinical trials with less than 1000 enrollees. Financially, the designation has become marginally less attractive. Tax credits for up to half of development costs remain the same, but they have since been limited to a 20-year carry-forward and one-year carry-back. Grants for drug development are still available, but the total budget for such grants hasn't changed since 2005, and remains a modest $14 million annually. User fees from the Prescription Drug User Fee Act, added since the original legislation, are waived for designated products.

The future of orphan drugs seems likely to be increasingly active, and possibly contentious. As the pharmaceutical industry advances towards personalized medicine, drugs are necessarily targeted toward increasingly narrow indications, with correspondingly limited populations. Drugs like human growth hormone products from Lilly and Genentech started out small, but as their sponsors won approval for additional indications, became "rolling blockbusters." For some members of Congress, this appears to be a perversion of the intent of the Orphan Drug Act, and there have been periodic attempts to legislate checks and constraints to prevent this. Orphan drugs have a strong support base among advocacy groups for rare diseases, and a power struggle over the use of the designation is likely in the future. 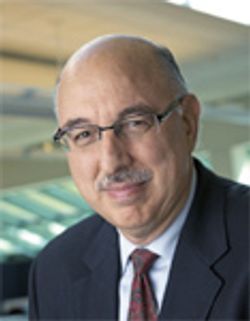 Pre-use Filter-Integrity Testing: To Test or not to Test? 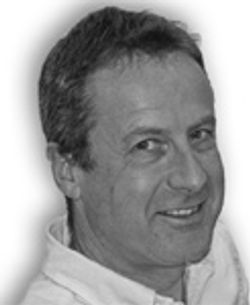