StreetTalk: It Takes Two (Or Does It?)

Maybe you've heard the old joke about the minister who walks into a convenience store to buy a pack of gum only to find he doesn't have the $1.00 to pay for it.

The minister says to the cashier, "I seem to be out of money, young man. Maybe I could invite you to hear me preach in return for the gum? But I must warn you, I don't give $1.00 sermons. "

The clerk mulled that over for a moment and replied, "Perhaps I could come back twice. "

The moral of the story? Value is truly in the eye of the beholder.

If you made a flash judgment on the topic, the answer would be "yes. " After all, haven't we been bombarded with media stories extolling the virtues and commercial viability of technology investments? And haven't we seen the pundits on CNBC and CNN raise the roof in praise of information technology superstars like Bill Gates, Scott McNealy, and Steve Jobs, along with the companies they run?

Even so, media massaging only goes so far. The fact is, there is very little solid statistical evidence that companies, in the biopharm industry or not, can tie solid fiscal performance to technology.

True, there is an assumption — and one I don't argue with — that companies become more productive when they use technology the right way and with the right budget outlays. Furthermore, I sing from the same hymnal as those industry advocates who say solid, symbiotic technology partnerships are good for business. That's especially true in the biopharmaceutical market, where many companies have morphed into silos of vertical expertise on a given technology — technology that can fairly easily be shared with others at the right price.

That's all fine and good, but it doesn't answer the question of whether technology partnerships help the stock prices of biopharmaceutical companies.

What We Know We Know

We know that technology partnerships in the biopharm, biotech, and biopharmaceutical industries are not only pervasive, but also downright aggressive. In fact, they occur with the frequency of a Michael Jackson update on Court TV.

In researching this article I found dozens of technology partnership rollouts and announcements on a single day in February. Among them:

The very next day following these announcements I checked the stock performance for each company involved and found that, in the short term anyway, there wasn't much movement in any one stock price. Of course, that’s a short-term answer, not a long-term one.

Over the long haul we now know — or at least suspect — that such partnerships can be beneficial to a given company's stock price.

The basis for that assessment comes from a 1998 study from CHI Research. The study suggests that such technology indicators do indeed predict higher stock performance down the road. CHI, which primarily uses technology patents as a benchmark, found that patent citation indicators are significantly associated with subsequent stock prices and returns. Just how significant? CHI finds that companies that perform well on two indicators — the Current Impact Index, an indicator of highly cited, high-impact technology, and Science Linkage which measures the closeness of a company's patents to basic research — have 25% higher market-to-book (M/B) ratios than companies that score below the median on both indicators.

CHI has observed "median portfolio stock returns with a 37% higher return for the companies above median in both indicators, compared with companies below median in both."

What We Know We Don’t Know

Lots. Obviously, it would help if more statistical evidence existed showing the relationships between technology alliances and higher stock price. That said, anyone walking into this debate with a preconceived notion that the two themes go hand in hand can take some comfort in the CHI study.

Couple that with the granddaddy of all we-don't-knows — future stock market performance — and it's obvious that while we are onto something here, we need to know more.

Will biopharm industry firms cast their technology nets wider to find more partners and better solutions in anticipation of the billions of dollars Uncle Sam will be spending on prescription drugs in the coming years? You'd think so, but we don’t know if the Wall Street pundits are right and that a stock market correction looms later in 2004. And if the Federal Reserve raises interest rates and halts all that big-ticket consumer spending, later could come a lot sooner for the stock market. Heck, even Goldman Sachs uber-optimist Abby Joseph Cohen says she's not as bullish in 2004 as she was last year. If the market suffers a correction, there's less money for technology investments and less money for technology partnerships.

So, the best answer I can come up with regarding the impact of technology partnerships on biopharm companies — and whether or not to act on them — is a cautious "yellow light." If the alliance makes sense and each company has a history of developing patents from such alliances, a little cherry-picking may well be in order.

And, most of all, always remember that value is in the eye of the beholder. So look closely at the details — because not all beholders will be right in the long run. If you follow the instincts of the herd you'll soon find that your investment portfolio may require the services of a preacher — and an undertaker, too. 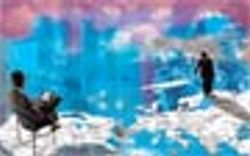 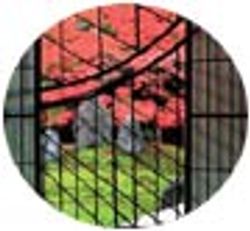 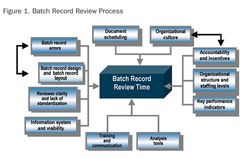