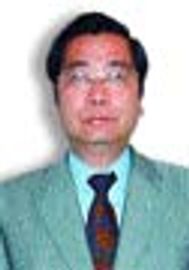 Biopharmaceuticals currently account for 34% of Japan's $12 billion biotech market. Technology partnerships and increased R&D are the keys to further growth.

Japanese pharmaceutical companies have developed a number of world-class blockbusters. But there are limits to what a single country or a single firm can achieve alone - particularly after the sequencing of the human genome. The most effective business strategy for Japanese biotech firms in the 21st century will be to cooperate with partners worldwide while strengthening their own competitive edge.

Big pharmaceutical companies in Japan are currently enjoying high profitability, but they also face challenges to their future development. Four of the main challenges include the following:

To cope with these challenges, Japanese pharmaceutical companies are focusing on developing globally competitive products and increasing sales in foreign markets by utilizing bioinformatics for rational and efficient R&D and increasing technology partnerships and outsourcing. Although the Japanese economy as a whole is still recovering slowly, the top nine Japanese pharmaceutical companies have been increasing their R&D expenditures every year. For example, Takeda spent almost $1 billion in 2002, an 18% increase over the previous year, and it is expected to reach $1.25 billion in 2003. Some companies - Kyowa Hakko, Chugai, and Kirin, for example - are investing R&D resources in the development of antibody drugs.

Companies to Keep an Eye On

Until recently, most Japanese pharmaceutical sales were domestic. However, Japanese pharmaceutical companies have been trying to increase sales in foreign markets for the past ten years. In 2003, more than half of Eisai's total sales were in foreign markets, and Takeda, Yamanouchi, and Fujisawa's ratio of foreign to total sales exceeded 40% in 2003.

The growth rates of foreign-affiliated companies have been higher than those of other Japanese companies in recent years. For example, after Pfizer joined with Pharmacia in August 2003, the Japanese subsidiary, Pfizer K.K., became Japan's third-largest pharmaceutical firm in terms of domestic sales. Japanese pharmaceutical companies have been strengthening their sales power in Japan and abroad through mergers, acquisitions, and other partnerships. They also have been establishing research and marketing arms in overseas markets to cope with global competition, and they have been seeking collaborators in countries with high biodiversity.

Biotechnology is in the process of revolutionizing the healthcare industry. In almost every country, improving national healthcare while limiting budget increases is a key issue. Biotechnology is closely implicated in three potential solutions being explored in Japan. First, biotechnology may help reduce the number of patients requiring acute care through advanced preventive medicine, more accurate diagnostics, and functional foods. Second, personalized medicine can potentially improve health with fewer side effects and shorter hospital stays. (As individual genetic information will play such an important role in this changing industry, developing rules and security systems to protect privacy is important.) Third, biotechnology may help reduce medical costs by facilitating R&D improvements and strengthening market efficiencies.

Biotechnology can also revolutionize the food industry through the introduction of functional foods. Functional foods are items such as cooking oil that is not fattening, allergen-free foods, foods that activate the immune system, foods to prevent cedar pollinosis, and foods that help prevent cancer. Functional foods potentially can be a large market in Japan. Japanese consumers are very health conscious, the food market in Japan is about $1 trillion (15 times bigger than the pharmaceutical market), and government policy increasingly focuses on disease prevention.

Japan has many strengths in biotechnology, such as functional analysis using human and rice full-length cDNA, single nucleotide polymorphisms (SNPs), glyco-chain technology, and bioinformatics as well as other technologies, including nanotechnology, robotics, and electronics, which potentially can be combined with biotechnology to create a new generation of advanced technologies.

Eighty percent of all biotech ventures in Japan are located in three bioclusters. The first consists of Tokyo and vicinity and includes more than half of Japan's biotech startups. The next largest cluster is in the Kansai (or Kinki) area, consisting of Kyoto, Osaka, and Kobe. The third cluster is in Hokkaido.

The Japanese biotech market has grown sevenfold over the past 13 years and was worth $12 billion in 2002. No other industry in Japan has shown such rapid growth. If conventional biotechnologies - such as fermentation to produce amino acids - are included, the market is five times larger. However, this is only the prelude to the industry's full development. The biotech market is expected to grow to $200 billion with one million new employees by 2010.

Currently, pharmaceuticals account for 34% of the total biotech market, agroproducts and foods for 29%, and chemicals (including enzymes and diagnostic reagents) for 22%. An additional 16% of the market includes products and services, such as R&D tools, bioinformatics, analytical devices, and custom synthesis service.

Many segments of the biotechnology market grew quickly in 2002 despite the stagnant Japanese economy. Increases over 2001 were seen in bioinformatics (19%); other R&D support services like drug discovery, datamining, and custom synthesis (12%); diagnostic reagents (12%); and genetically modified crops (17%). High growth was also seen in biopharmaceuticals (6%) and functional foods (9%) compared to 2001.

Japan is aging faster than most developed countries, and the Japanese people are becoming increasingly sensitive to health concerns. In order to match these national needs and to reinvigorate the economy, the Japanese government is prioritizing biotechnology development as part of its efforts to revitalize the economy.

There are three major sources of government support for biotech ventures in Japan: the Ministry of Education, Culture, Sports, Science, and Technology (MEXT); the Ministry of Economy, Trade, and Industry (METI); and local governments. In addition to simply increasing the biotechnology budget, they provide a variety of supportive measures directly or through affiliate agencies, like the Small and Medium Enterprise (SME) Agency in the case of METI. Such measures include supporting R&D collaboration between academia and industry, providing matching funds, supporting construction of incubation facilities, assisting technology licensing organizations, cultivation of human resources, and tax incentives.

In July 2002, Prime Minister Koizumi created the Biotechnology Strategy Council, convened by himself and consisting of several cabinet-level ministers along with experts in biotechnology from around the country. In December 2002, the group announced a comprehensive "National Strategy on Biotechnology" comprised of 200 detailed action plans.

While previous biotechnology policies focused solely on science, this comprehensive plan addresses R&D, commercialization, and public understanding. Each of these three pillars of the strategy has its own action plans, which cover a wide range of topics. Among the most important are the cultivation of human resources, improved handling of ethical concerns, increasing public understanding, assuring safety, and streamlining oversight systems. The strategy also aims to double the government's $4 billion biotechnology budget over the next five years and increase the number of biotech startups to 1,000 by 2010. The number of biotech startups doubled over the past four years, reaching 387, in addition to the 300 established biotech companies. More than one- half of these new companies are involved in R&D support or the medical and health field. With national universities scheduled for privatization in April 2004, competition between universities and the creation of more spin-off biotech ventures is likely.

In 2000, Japan selected genetic research as a focus of one of its eight Millennium Projects, government-industry-academia partnerships with about $1 billion in funding. The genetics project has evolved with a special emphasis on postgenomic research, functional analysis of genes, proteomics, and environmental biotechnology.

In the future, the Japanese biotech landscape will be transformed by the broad penetration of biotech into existing industries, as well as the creation of new industries that emerge as a result of this interpenetration.

Existing industries - such as chemical, food, pharmaceutical, energy, paper and pulp, textile, information, electronics, and machinery - will become more sophisticated and environmentally friendly due to biotech innovations. For example, the chemical industry is likely to undergo three biotech-related transformations. First, the industry will undergo raw material conversion from petroleum to biological resources. Second, it will undergo process conversion from using chemical processes to using bioprocesses. Finally, it will undergo product conversion as it increasingly focuses on more knowledge-intensive and environmentally friendly products. The present chemical industry will progressively be transformed into a biochemical industry. Many bioprocesses developed by Japanese companies are already in operation.

FDA Authorizes Use of Drug Substance for Janssen COVID-19 Vaccine