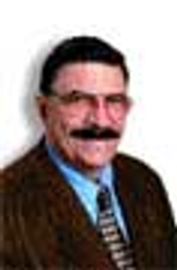 It is not likely that you will ever personally design and build a cleanroom; however, you may be responsible for the care and upkeep of many.

It is not likely that you will ever personally design and build a cleanroom; however, you may be responsible for the care and upkeep of many. It is a good idea to know as much as you can about cleanrooms because these are critical areas of biopharmaceutical facilities.

Cleanrooms make aseptic processing possible. FDA prefers parenterals to be terminally sterilized, but when that is not possible without affecting the product, FDA allows aseptic processing in lieu of terminal sterilization. When a medical product is ingested (liquid, tablet, or capsule) any live organisms may die before reaching the bloodstream due to the body's defense mechanisms, such as saliva and stomach acid. Medicine injected into a muscle or a vein (that is, parenterals) bypasses some of the body's defense mechanisms and must therefore be manufactured under extremely clean conditions. Airborne particles must be controlled to reduce the possibility of particles entering the medicinal product and, ultimately, the patient. Reducing the number of airborne particles in a cleanroom decreases the possibility that larger particles carry bacteria and viruses to the location where medicinal products are compounded and manufactured.

has been in force for five years. European countries have incorporated this standard. In the US, ISO 14644-1 replaced Federal Standard 209

Section 2.1.1 of ISO 14644-1 defines a cleanroom as "a room in which the concentration of airborne particles is controlled, and which is constructed and used in a manner to minimize the introduction, generation and retention of particles inside the room, and in which other relevant parameters, e.g., temperature, humidity, and pressure, are controlled as necessary."1

Cleanrooms are found in aerospace and semiconductor facilities but this article is aimed specifically at pharmaceutical and biotech facilities.

Table 1 shows the relationship between ISO 14644-1 definitions of a cleanroom and FDA and European Commission (EC) requirements for facilities that use aseptic processing. Before ISO 14644-1 was adopted, cleanrooms were defined in the US in simple terms such as Class 100 cleanroom. Everybody understood this meant 100 particles/ft3 of diameter 0.5 µm and larger.

Section 3.3 of ISO 14644-1 states that the cleanroom designation should be based on three parameters:

For example, the proper definition of what once was a Class 100 cleanroom while operating now reads: ISO Class 5; operational state; particle size 0.5 µm at 3,500 particles/m3.

Although ISO 14644-1 defines cleanrooms for various particle sizes ranging from 0.1 to 5.0 µm, in biotech facilities we are mostly concerned with particles 0.5 µm and larger. Bacteria are not usually found in the air as unicellular organisms. They are normally carried on materials, such as skin particles, with an average size in the air of 10 to 15 µm. Small, inanimate particles have a low deposition rate, and little chance of entering containers from the air in sufficient numbers to be a problem.4

The first part of Table 1 describes ISO 14644-1 and the old Federal Standard 209E definitions of a cleanroom. These standards define only the acceptable number of particles per volume of air. Nothing is said about the number of viable (live) particles nor where these classifications are to be used.

FDA's 1987 Guideline on Sterile Drug Products Produced by Aseptic Processing5 is the current document that defines cleanrooms. This guide defines only two types of cleanrooms: critical (Class 100 areas) and controlled (Class 100,000 areas). However, Class 10,000 has been extensively used in the biotech industry for some operations. In critical areas sterilized items are exposed to ambient air, while unsterilized products, in-process materials, containers, and closures are prepared in controlled areas.

FDA's revision of the 1987 aseptic processing guide is still in its "draft" state and is, therefore, not an official document. The latest draft (dated August 2003) does mention Class 10,000.6 We suggest following EC practice rather than make a legalistic conformance to the 1987 GMPs.

Annex 1 of the EC GMP guide defines cleanrooms in terms of Grades (namely Grades A, B, C, and D), two occupancy states (operational and at-rest) and two particle sizes (0.5 and 5.0 µm). It states, the particulate conditions given in the table for the at rest state should be achieved in the unmanned state after a short clean up period of 15-20 minutes.2

Only Grade A (operational state) sterilized items are exposed to room air. In September 2003, the EC updated Annex 1 of the guide; this revision is now in effect.7

Making an entire factory Class A would ensure product purity, but doing so is unnecessary and too expensive. Table 2, which shows the latest trends in the biotech industry, relates cleanroom classifications to various manufacturing operations, based on an operational state (when the product is actually being manufactured). Some of these classifications are fixed (for instance, ISO Class 5, Grade A, is required where sterilized items are exposed to room air), while others may vary depending on the contamination risk assessment by the manufacturer. For example, downstream purification sometimes is done in Grade B cleanrooms while at other times a Grade C cleanroom suffices.

Reducing the number of particles entering the cleanroom from outside air is the first step to reducing the risk of product contamination. However, outside air is required to satisfy personnel ventilation and room-exhaust air requirements as well as for positive air pressurization. Typically, outside air is introduced into a room via its air conditioning system. A cubic foot of untreated outside air in an average industrial area could contain as many as 1,200,000 particles 0.5 µm and larger. Maximum allowable particle counts in cleanrooms vary from 100 to 100,000 particles/ft

efficiency filters in the AHU and 99.97% efficiency HEPA filters at 0.3 µm particle size at the ceiling. The air supplied will be cleaner than the room requirements.

A second potential external source of contamination is the AHU and the ductwork distributing the conditioned air. Figure 1 shows the main components of a cleanroom AHU. It should be washable and rust-resistant. A typical AHU construction includes aluminum interior panels with welded joints at the floor, cooling coils with stainless steel coil frames (that prevent rust), easy-to-clean direct-drive plenum fans (to eliminate the possibility of particles from fan belts entering the air stream), an access section between each AHU component (filter, fans, coils), and a floor drain at each section. Terminal HEPA filters at the room's ceiling gather any dust particles introduced into the duct via access doors or generated by normal oxidation of galvanized sheet metal.

A third external source of contamination is adjacent rooms with doors, pass-throughs, or other openings connecting to the cleanroom. Reducing contamination requires specifying sealed, flush light fixtures; sealing all walls, ceiling, and floor penetrations; and pressurizing the rooms to prevent air leakage. A pressure differential of 0.05 inch WG (water gauge) between a cleanroom and a connecting room of lower cleanliness classification satisfies both US and European GMPs.

Gowning is the first line of defense in the cleanroom. Personnel should avoid jewelry and make-up. Speaking, on the fill line should be avoided, and walking should be slow and purposeful to avoid air drafts. Only healthy persons should work in these rooms to avoid the spread of viruses and bacteria.

Also consider cleanroom construction materials. Finishes on the ceiling, walls, and floors should prevent shedding and readily withstand wiping and wear and tear. They should also withstand the various cleaning and sanitizing agents used in biotech facilities. All windows and door frames should be flush with the inside of the cleanroom. Doors must have perimeter seals and floor sweeps to reduce air leakage. Seal all penetrations made by air distribution devices (diffusers, terminal HEPA filters, and low wall returns), electrical devices (switches, receptacles, and conduits), and piping.

The process equipment also generates particles. The equipment design should reduce, as much as possible, particles generated by moving parts. Horizontal surfaces should also be kept to a minimum; vertical designs are preferable. Locate equipment so cleaning and maintenance are easily performed.

The air distribution portion of the air conditioning system helps remove particles from a cleanroom as they are generated. Supply the air from the ceiling in a non-aspirating manner to reduce air turbulence. This is typically accomplished by using ceiling terminal HEPA filters. Remove air from the room with low wall returns strategically located behind equipment or operations that generate particles or at specific areas. Avoid "dead spots" (that is, no airflow areas) in the room. Airflow rate also helps remove generated particles. For example, the number of air-changes/hour in a cleanroom where powder operations are carried out should be greater than the flowrate in a room that handles liquids in closed vessels and piping.

Wiping down with chemical agents at specific times (such as at the end of a day or a batch) is also necessary to clean these rooms. Chemical agents kill live organisms that may be present on equipment or piping surfaces. A final cleaning method for areas largely contaminated with viable organisms is fumigation with agents such as formaldehyde and vaporized hydrogen peroxide.

One of the most important parameters to control is temperature. Most biotech products can handle a wide range of temperatures, but personnel comfort is critical to reducing particle generation via perspiration and respiratory emissions. Typical cleanroom temperatures vary from 65 to 70° F (18 to 21° C) dry bulb for cleanroom classes 100 through 10,000 (ISO classses 5 to 8). The cleaner the room, the colder the temperature required due to heavier gowning.

A third important parameter to control is pressurization. Clean spaces should be positive in relation to adjacent, less-clean spaces. An exception to this would be cleanrooms handling live organisms requiring biocontainment and rooms where solvents, flammables, or other potent compounds are handled. These cleanrooms should be negative in relation to adjacent rooms, whether the adjacent rooms are cleaner or not. Typically, this is accomplished by using airlocks of the pressure-bubble type where static pressure in the airlock is higher than all the rooms it serves. Conditioned air to these pressure-bubble airlocks is supplied from a clean, non-contaminated source.

Maintaining cleanrooms is a complex task. You must not only know the relevant industry standards and pharmaceutical industry GMPs, but you must also be able to meet them. Furthermore, cleanrooms are parts of larger facilities. It is a constant battle to keep cleanrooms truly clean.