Many bio/pharmaceutical companies develop genetically modified microorganisms to improve production of therapeutic proteins and industrial enzymes. Identifying the most productive and/or stable strains of these modified organisms prior to pilot-scale studies requires screening of large numbers in shake flasks and then further testing of the most promising strains in benchtop bioreactors. The need to perform time-consuming, resource-intensive experiments has resulted in the development of micro-scale bioreactor systems that offer a small-scale high throughput solution to accelerate microbial strain and fermentation development. This article describes the key functional attributes affecting performance of a micro-bioreactor mimic of benchtop bioreactors, enabling growth kinetics and protein expression to make the best early assessment of trends and lead strains.

In industrial fermentation, microbial cells such as Escherichia coli (E. coli) and Pichia pastoris can be genetically engineered to improve the production of therapeutic proteins and industrial enzymes. To further increase productivity and reduce costs, microbial screening studies are employed.

Microbial screening identifies stable strains that express high protein titers, as well as defines optimal media or culture conditions. This screening is typically performed in shake flasks or microplates, and a small number of the best performing microorganisms are then taken forward for evaluation in benchtop bioreactors. The use of shake flasks and benchtop bioreactors is labor intensive and requires time-consuming pre- and post-process cleaning and sterilization for every experimental run. Because benchtop bioreactors often require a day to clean, sterilize, and set up, their screening use is limited to a small number of lead strains and can result in the final choice sometimes performing sub-optimally upon scale-up. If a larger number of runs could be performed during microbial screening under conditions that are more representative of the pilot-scale environment, then it should be possible to isolate better performing strains for use in manufacturing, and potentially save thousands of dollars in cost of goods (COGs) while also reducing development time and costs.

Microbial cells used for industrial protein production are generally robust and not susceptible to shear damage. This means that high efficiency radial impellers including the Rushton-type and relatively fast agitation rates can be used in manufacturing-scale microbial fermentation. The benefit of using these is that cell density and protein expression can reach its peak of productivity within 24 hours. The disadvantage is that oxygen and nutrients can be rapidly depleted by the fast growing cultures.

For microbial cultures, dissolved oxygen (DO) concentration is approximately 10-50% of air saturation for optimum growth. Therefore, sparging with air or pure oxygen and the addition of feeds are used in benchtop and pilot-scale bioreactors to maintain the cells in high-cell-density fed batch culture.
If a micro bioreactor is to accurately model a fed-batch culture in larger bioreactors, it has to include methods of stirring the culture, as well as supplying gases, acids, bases and liquid feeds. These methods are required to maintain critical parameters such as oxygen supply and pH. The most important difference between batch screening development and production is the addition of feeds and maintenance of the culture as it reaches high cell densities during the fed-batch process. The author describes how these conditions were analyzed and how to determine the scalability of a micro bioreactor to benchtop bioreactors.

The micro bioreactor contains a Ruston-type impeller and has been designed with gas sparging capabilities to deliver high oxygen transfer rates. The workstation measures pH and DO every 12 seconds, and there are pumped liquid lines for base and feed additions in each micro bioreactor, enabling tight pH control and a semi-continuous feed supply.

Oxygen Transfer. The micro bioreactor’s maximum oxygen transfer rate (the mass transfer rate of oxygen to the media) was determined using the sulfite oxidation method with water.  A design of experiments (DoE) study was performed with a range of agitation speeds (1000-3000 RPM) and total gas flows in the range (7-30 volume per volume per minute [VVM]) to determine the maximum KLa.

DO and pH Control. An E. coli strain expressing a biopharmaceutical protein was cultured in proprietary media in 10 micro bioreactors to assess DO and pH control.  A set point of DO 30%, with maximum agitation speed 3000 RPM and a maximum gas flow of 2 VVM were programed for each bioreactor via the automated workstation.

The DO transfer data (Figure 2) shows that the micro bioreactor can achieve a maximum KLa of approximately 380 h-1, which is comparable to the oxygen transfer rate generated in 100 mL to 1L benchtop (1) and 14,000-20,000L pilot-scale bioreactors (2). The maximum KLa achieved indicates that the micro bioreactor can provide sufficient oxygen to equal or exceed the rate at which growing cells take up oxygen in larger scale bioreactors.

The DO control results (Figure 3) demonstrate that, in the micro bioreactors, the O2 flow rate increases to meet oxygen demand and the air flow rate decreases to maintain the 2 VVM maximum. The RPM and DO remained at their upper limits (Figure 3), and the DO is maintained at 30% during the batch phase of the culture.

Figure 5: Cell density of E. coli cultured in a micro and a mini bioreactor.

Figure 6: Cell density of E. coli cultured in a micro and a 1-L bioreactor.

A scale-down fermentation model needs to have a combination of high KLa (oxygen supply), tightly controlled pH, semi-continuous feed supply, and good mixing to provide consistent, reproducible, and predictive results. Data show that a micro bioreactor can achieve these requirements to effectively mimic a benchtop bioreactor in critical parameters such as DO transfer and pH control, as well as scalability of cell density from 10 mL to 1 L for fed-batch processes. Therefore, this type of bioreactor could be used in place of batch cultures such as shake flasks or microplates, significantly improving large-scale predictions of microbial screening studies. Better predictions of high cell density fed batch processes at the screening stage will enable the best strain choices, supporting rapid scale-up development of these high-density microbial cultures to produce therapeutic proteins and industrial enzymes in a shorter development time.

When referring to this article, please cite as B. Zoro, "Micro-Scale Bioreactors in Fed-batch Microbial Screening," BioPharm International 29 (8) 2016. 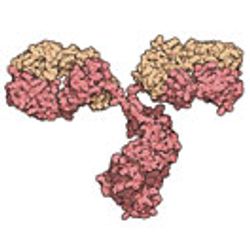 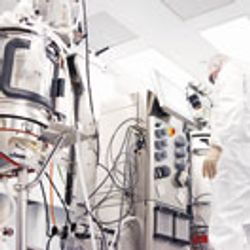 Perfusion in the 21st Century