Unlike other translational medicine research projects, this collaboration aims to study a wide range of diseases across the life sciences spectrum.

Developing new drugs and bringing them to market is a lengthy process, usually taking more than ten years. The efficacy of certain drugs is further complicated by the genetic variation among patients. Although thorough testing is needed to ensure safety for patients taking these drugs, researchers are looking for new methods of developing targeted and effective drugs more rapidly. In April 2006, an announcement was made in Scotland that will have an impact on this type of research and development: Wyeth Pharmaceutical Co. (www.wyeth.com) signed a deal to create a Translational Medicine Research Collaboration in Scotland.

Translational medicine has become a pertinent area of study for researchers seeking to accelerate the pace at which vital treatments move from the laboratory to the patient. Too often, drugs are found to be ineffective at a very late stage in their development, costing the pharmaceutical industry millions of dollars. To improve this process, Scotland was able to bring together four of its leading universities (Dundee, Edinburgh, Aberdeen, and Glasgow), its government, and the National Health Service to drive new research in this field with one of the world's largest pharmaceutical companies, Wyeth. Unlike other translational medicine research projects, which focus solely on one disease or disciplinary area, this collaboration aims to study a wide range of diseases across the life sciences spectrum.

Translational medicine involves using biomarkers to diagnose and observe the progression of several human diseases. Biomarkers can be traced and measured in patients' blood samples or radiographs, allowing researchers to see what progress, if any, is being made in response to a given treatment for a particular disease, such as heart disease, cancer, and arthritis. In identifying the molecular pathology of various diseases, translational medicine allows researchers to obtain a better idea of which drugs will work best for individual patients.

Predicting which drug will be effective for patients with a particular genetic make-up will significantly reduce the time it takes for these patients to find the drug that works best for them. A reliable method of forecasting which drugs will have harmful effects on an individual patient will also prove instrumental in enhancing patient safety. In addition, costs associated with developing drugs have risen dramatically over the last few decades, and it is thought that translational medicine will prove more economical.

Scotland's position as a global leader in the life sciences has been reaffirmed consistently throughout the years. Complex drug research and development in Scotland benefits from the high rate of life sciences graduates in the country and unparalleled clinical expertise among its universities and research institutes. Establishing a collaboration among four universities is no small feat with factors such as intellectual property rights and funding hindering the development of such partnerships in other areas of the world. However, this was a surmountable challenge for Scotland, as the country fosters a unified environment for scientific innovation. Thus, personalizing medicine will have a profound impact on the current state of treating some for the world's deadliest diseases and with the collaboration with Wyeth and future partners, Scotland will be at the forefront of this research. 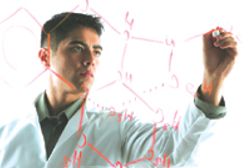 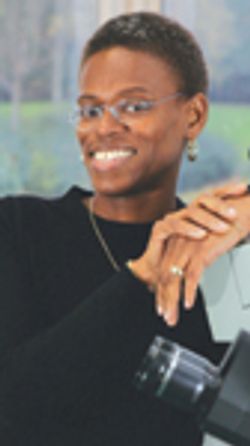