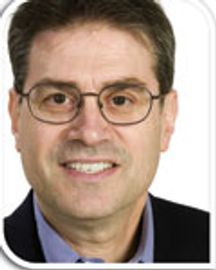 The contract manufacturing sector has not enjoyed the success of preclinical and clinical businesses.

The CRO industry ended 2004 on a roll, and it looks like the good times will continue well into 2005.

2004 was especially strong for companies providing early development services, including preclinical and phase 1 research, bioanalytical and analytical chemistry, and clinical trial materials, manufacturing, and packaging. Most CROs saw revenue gains of 20 % or more in their early development services, with preclinical, phase 1, and analytical chemistry especially strong. The only weak spot was phase 1 studies in Europe, where the new Clinical Trials Directive (CTD) seems to have retarded activity somewhat. However, by year-end, CROs were reporting that European phase 1 activity was picking up as sponsors overcame their CTD uncertainties; the shortage of capacity in North American clinical pharmacology facilities was probably a factor as well.

Demand for early development services is being driven by big pharma's efforts to improve R&D efficiency and accelerate output. Pharmaceutical companies are re-engineering their R&D strategies and decision-making processes so that product candidates move through the pipeline more quickly. The enhanced flow translates into more candidates getting to CROs for testing.

In addition, pharmaceutical companies are conducting more extensive toxicology and pharmacology testing on candidates at early stages of the development process to weed out likely failures more quickly. The increased volume of testing per candidate is also driving up CRO activity.

Downstream services began to show promise in the second half of 2004 after a slow start. Phase 2/3 revenues were weak in the first half, as were contracts for new studies. However, RFP volume and new contract signings rose steadily in the second half of the year, setting the stage for a strong 2005. Phase 3 studies, with their large patient populations, global scope, and high utilization of central laboratory services, are the real money-makers in late development, but actual billable activity in that area is down. Demand for line-extension studies (so-called phase 3-B studies) and post-approval studies (phase 4) has been stronger, but these studies usually have lower contract value than those for new molecular entities.

The strength of the CRO sector has attracted Wall Street's attention. Stock prices for publicly traded CROs like Covance, PPD, Parexel, and Icon were at or near their five-year highs as 2004 ended. In addition, the CRO industry attracted more coverage from stock analysts.

Several companies took advantage of the strong market interest in CROs to launch IPOs in 2004.

Strong industry prospects also drove a high level of merger and acquisition (M&A) activity during 2004. Buyers had several motivations, including broadening their service offerings and increasing capacity. Private equity firms were anxious to buy their way into the industry in the expectation that strong growth will drive up the value of their acquisitions in the next three to five years. The following deals were among the more important:

There were several small deals involving companies offering manufacturing and development services, notably the acquisition of Laureate Pharma (Princeton, NJ) by Safeguard Scientifics. The activity will likely continue into 2005: as 2005 began, offering memoranda were circulating for at least two well-known CMC services providers.

This acquisition activity has accelerated the consolidation of the preclinical and clinical CRO segments. PharmSource estimates that the top eight providers of preclinical research services now account for more than 70% of the market's revenues, with another 50 to 100 companies fighting over the remaining 25 to 30%. In the preclinical segment, the top eight companies now account for about 65% of revenues, with 300 smaller CROs dividing up the remainder. Many of the largest CROs have organic growth rates (in other words, growth from new business, not acquisitions) in excess of 20%, indicating that the biggest CROs will dominate the industry even more in a few years.

For the most part, the contract manufacturing sector has not enjoyed the success of preclinical and clinical businesses. While early-stage process development and analytical services have been strong, providers of phase 3 and commercial manufacturing services have suffered weak demand and excess capacity. Both small and large molecule API manufacturers have been hurt by candidate failures, too much in-house capacity at major pharmaceutical companies and, increasingly, competition from providers in low-cost countries.

The situation seems to be beginning to improve for manufacturers. Business development executives at December's CPhI trade show indicated that demand, while not yet robust, was beginning to firm up from weak 2002 to 2004 levels. Mild optimism, rather than doom-and-gloom, was the mood.

The Roche Group is now offering contract manufacturing through a new subsidiary, Cenexi. The business is headquartered outside of Paris and offers manufacturing for tablets, liquids, and sterile injectables.

Contract injectables manufacturer Federa (Brussels, Belgium), owned by Cardinal Health (Dublin, OH), is putting the finishing touches on a new, state-of-the-art manufacturing facility outside of Brussels. The new facility will be FDA-compliant, and it will focus exclusively on filling prefilled syringes, with capacity of 120 million syringes annually. It uses SCF ("sterile, clean and ready-to-fill") technology in its packaging lines, which reduces processing steps and labor requirements. It can handle components from all of the three major prefilled syringe suppliers, Becton-Dickinson, Schott, and Buender Glas. Its equipment matches that of Cardinal Health's other new prefilled syringe facility in Puerto Rico.