Large-Scale Manufacturing of Plasmid DNA for Gene Therapy and DNA Vaccination -- Part 2: Toward an RNase-Free Downstream Process ? A Review

The medical benefits of transgenes - effective against diseases such as cancer, HIV, malaria, and tuberculosis - require either a viral or nonviral vector. Nonviral vectors have lower immunogenicity, better safety profiles, and improved stability, as well as being less expensive and easier to produce. The first article in this series reviewed techniques suitable for the purification of plasmid DNA in the absence of added RNase. This article investigates a downstream process capable of producing gram quantities of pure plasmid DNA.

To realize the medical benefits of gene therapy and DNA vaccination by nonviral gene transfer, the industry needs a scalable and robust purification process for plasmid DNA that removes key impurities such as RNA, chromosomal DNA, proteins, endotoxins, and process additives. One additive frequently used in downstream plasmid DNA processing is ribonuclease A (RNase). This enzyme efficiently degrades RNA impurities but is of bovine origin and should be avoided in the production of biopharmaceuticals intended for human application. Part 1 of this article addressed the suitability of current techniques to purify plasmid DNA from RNA (1). In Part 2, the focus is on designing a purification process that produces gram quantities of pure plasmid DNA without adding RNase.

The design of a plasmid DNA purification process must address scalability, robustness, and removal of contaminants, but the production also must be cost effective and should minimize the number of purification steps required. As shown in Part 1 of this review, techniques that separate plasmid DNA from RNA are numerous, but none fulfill all the criteria required for large-scale production of pharmaceutical-grade plasmid DNA (1). Complete RNA removal in a single step is probably unrealistic, so a combination of techniques will be required, particularly because of the high levels of RNA present in the clarified lysate.

Extraction and primary purification of plasmid DNA. Most plasmid purification processes described in the literature have three steps: cell lysis to release the plasmid DNA, primary purification and concentration using either precipitation or filtration, and secondary purification using one or more polishing chromatography columns. Alkaline lysis has become the standard plasmid-extraction technique and is especially useful for removing chromosomal DNA while also reducing high molecular weight RNA and protein levels. Direct chromatography of clarified lysate is not recommended because the high level of impurities affects column resolution, reduces capacity to bind plasmid, and also may compromise regeneration of the resin.

TFF is useful because it concentrates plasmid DNA, provides buffer exchange for further processing, and substantially reduces key impurities, including RNA and proteins. Charged membranes are a promising development for primary capture and purification of plasmid DNA. Membranes with large pores are more suited for plasmid DNA purification than chromatography beads because charged groups are more accessible to large molecules, and diffusion limitations are reduced. Using charged membranes, plasmid DNA can be purified directly from clarified lysate, and there is evidence of substantial RNA reduction. More research is needed on these membranes to evaluate the clearance of all impurities and to determine suitability for scale-up.

Chromatography steps. After primary purification of plasmid DNA, chromatography techniques can be used for polishing. Complete resolution of RNA from plasmid can be obtained by triple-helix affinity, hydroxyapatite, and size-exclusion chromatography (SEC). Triple-helix affinity and hydroxyapatite can even be used to purify plasmid directly from clarified lysate, although this is not recommended. The main drawback to using chromatography techniques other than SEC is the low plasmid DNA capacity inherent in the porous bead structure of most resins. The primary disadvantage in using SEC is the small loading volumes and slow flow rates.

Figure 1. A flow diagram of RNase-free plasmid DNA purification schemes; those steps chosen in the approach discussed in this article are in bold.

Two solutions to the issue of low capacity are the development of media specifically designed for the purification of large biomolecules, and the use of charged membranes. At present, the plasmid DNA capacity provided by commercial chromatography resins is well below that reported for proteins. Several anion-exchange chromatography (AEC) resins - POROS HQ (Applied Biosystems), Fractogel TMAE (Merck), Sepharose Q XL (Amersham Biosciences), and Q Ceramic Hyper D (BioSepra) - have plasmid DNA capacities of 2 to 5 mg/mL. However, AEC does not sufficiently resolve RNA from plasmid DNA, so substantial RNA reduction is, therefore, required.

RNA removal. In our investigations, we have found that RNA can be efficiently reduced to undetectable levels by two simple techniques: the addition of calcium chloride salt to precipitate high molecular weight RNA, and TFF to clear low molecular weight RNA. The combination of these two purification steps provides almost complete RNA removal, so polishing can be easily performed on an AEC resin with a high capacity for plasmid (Figure 1). In addition, the combination of the two purification steps results in complete clearance of proteins, endotoxins, and chromosomal DNA.

Materials and methods. A 50-L culture of E. coli host strain DH1 containing a 5.9-kb plasmid was incubated at 37Â°C for seven to nine hours in proprietary growth medium. The bacterial cells were concentrated and buffer-exchanged into resuspension buffer (25 mM Tris, 10 mM EDTA, 55 mM dextrose, pH 8.0) by tangential flow microfiltration (3.2 m2 total surface area, 0.45 µ Sartorius Hydrostart membranes fitted on a Sartorius Sartocon 2 rig). The plasmid DNA was released from the cells by alkaline lysis using the Birnboim and Doly method (2,3), but no enzymes (lysozyme or RNase) were used. The resuspended cell solution was transferred to a 100-L vessel, and lysis and neutralization solutions were added using gentle stirring with a low-shear overhead impeller. One volume of calcium chloride stock solution at a concentration of 5 M was added directly to four volumes of unclarified lysate under gentle stirring.

Table 2. Quality of the plasmid DNA product after purification in the selected RNase-free process; final levels of all major impurities are below target specifications and plasmid DNA predominantly in the supercoiled form (99.3%).

The clarified lysate was processed by TFF on 630.5-m2, 100-kD Pall Omega Centrasette membranes fitted on a Millipore Pellicon rig. The lysate was concentrated to 1.8 L at a cross-flow rate of 20 L/min with a starting transmembrane pressure of 0.35 to 0.7 bar. No recirculation of the permeate line was necessary to polarize the membrane. The concentrate was diafiltered with 20 volumes of 10-mM Tris, at pH 8.5, followed by 30 volumes of column-loading buffer (50-mM Tris, 0.54-M NaCl, pH 8.5).

Results. Membrane clearance was 99.8% for RNA and 99.99% for proteins. Most of the chromosomal DNA (99.59%) and endotoxins (99.2%) were removed by a combination of precipitation and TFF (Table 1). The clearance of low molecular weight RNA during concentration and early diafiltration was revealed by size exclusion HPLC analysis. TFF also was useful at concentrating the plasmid DNA solution, clearing calcium chloride salts, and exchanging into a buffer suitable for the chromatography step.

At this stage, after primary purification, all major impurities (RNA, chromosomal DNA, proteins, and endotoxins) have been significantly reduced (by more than 99.5%). Remaining traces of impurities, especially RNA and endotoxins, were further removed by an AEC step on a Fractogel TMAE column. The 3.1-L column was operated at a constant linear flow rate of 160 cm/h. Loading the retentate from TFF in a high salt buffer (50-mM Tris, 0.54-M NaCl, pH 8.5) cleared most of the remaining RNA in the flow-through. The column was washed with five column-volumes of loading buffer, and plasmid was eluted with a five column-volume gradient to 1-M NaCl.

A small peak of RNA was sometimes detected before the main plasmid peak during gradient elution but was not collected. The Fractogel TMAE column was loaded at about 0.5 to 1 mg of plasmid per mL of gel, well below its dynamic capacity (determined at 2 mg/mL). The plasmid eluate was then processed by a second TFF step on a 0.1-m2, 100-kD Pall Omega Centramate membrane fitted on a Pall Centramate membrane holder to concentrate and buffer-exchange into a suitable formulation buffer.

The quality of the plasmid DNA product (at final levels) was good - well below target specification for all major impurities (Table 2), and the purified plasmid DNA was predominantly in the supercoiled form (99.3%). The results show this scale-up approach is robust, and the process is successful in clearing contaminants to insignificant levels without added RNase. Overall plasmid DNA yield, however, was unusually low in this pilot study (below 30%) with poor recovery across the chromatography step. We are investigating the recovery rates further and anticipate they are the result of peak cutting and volume losses inherent to a large-scale process. In our experience, bench-scale plasmid recovery at that step is always above 80%, with overall recovery expected at about 50%.

As gene therapy and DNA vaccination enter the clinic, a large-scale process capable of producing pharmaceutical-grade plasmid DNA is essential. Techniques originally designed for laboratory-scale plasmid DNA purification cannot provide the solutions needed in an industrial environment. Instead, new ideas are needed that result in a process that is scalable, robust, and compatible with regulatory constraints. After weighing the pros and cons of several plasmid DNA purification techniques, with a specific emphasis on RNA clearance in the absence of exogenous bovine-derived RNase, we developed a large-scale purification process capable of reducing key impurities such as RNA, chromosomal DNA, proteins, and endotoxins to undetectable levels. This process is robust and compatible with the requirements set by regulatory agencies for the manufacture of clinical-grade plasmid DNA drug product.

I would like to thank Cora Henwood for her comments; Carol Fisher, Robert MacDuff, and the Pilot Plant team for their involvement in introducing a new plasmid purification process; the Analytical Department (particularly Rebecca Luswata, Craig Little, and Natasha Gibbs) for their efforts in adapting analytical methods for the new process, and finally, Karlene Gumbs for assessing the calcium chloride precipitation conditions. 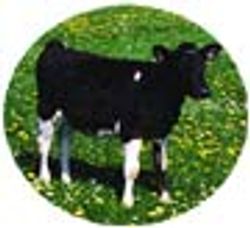