Innovative drug delivery technologies are now a key component of pharmaceutical development. In addition to allowing companies to create superior and, in some cases, breakthrough therapies, applying a new delivery method to a therapeutic can extend the product life cycle and create differentiated products.

PEGylation, the process of attaching polyethylene glycol (PEG) to molecules, is an example of a highly successful strategy for improving the pharmacokinetics and pharmacodynamics of pharmaceuticals, especially for protein and peptide therapeutics.

Initial problems with the technology, e.g., contamination with PEG diol, unstable linkages, side reactions, lack of selectivity, restriction to low-molecular weight PEGs, and the requirement to attach multiple PEGs per drug, have been largely overcome. Second-generation PEGylation is characterized by high-molecular weight PEGs, pure and stable products, site-specific PEGylation, and single PEG attachment.

PEGylated protein therapeutics are a multibillion-dollar market, and recent advances in PEGylation technology are enabling even more opportunities to create novel, competitive products. Still, protein PEGylation has been around for more than 25 years, and some may ask if this is a "sunset" technology near the end of its life cycle.

The currently marketed PEG protein drugs were developed with random PEG attachments on primary amines or selectively at the n-terminal amine of proteins. One of the more recent, promising techniques is site-specific PEGylation at areas on a protein that will not interfere with desired biological activity but still confer the benefits of PEGylation. One way this can be achieved involves the PEGylation of a free cysteine residue in a protein or, in the absence of a free cysteine, one can be added by genetic engineering to create a specific site for PEGylation with site-directed mutagenesis. This approach is promising for some drugs that demonstrate a loss of biological activity with non-specific PEGylation. Recombinant proteins have been the target of most PEGylation work, but other molecules, such as oligonucleotides and small molecules, also show promise.

PEGylation of monoclonal antibodies and antibody fragments has long held interest, especially for targeting cancerous tumors, since PEGylation can decrease immune response and increase antibody circulation time. An emerging area is the use of PEGylated antibodies for treating chronic diseases. Until recently, this approach has been limited by the high cost of development and also immunogenicity, which precludes repeat dosing without concurrent immunosuppressive therapy.

Celltech Group has developed a novel method for antibody production coupled with PEGylation that addresses these challenges. It involves expressing humanized antibody fragments in a bacterial system, such as E. coli, and then site-specifically PEGylating the fragment in a manner that avoids the loss of antigen binding activity. The company's lead product using this method is CDP870, a PEGylated anti-TNFα. It is in phase III clinical trials for rheumatoid arthritis and Crohn's disease.

Currently in pivotal trials, Eyetech's Macugen (pegaptanib sodium), for age-related macular degeneration (AMD) and in-licensed by Pfizer, is a PEGylated oligonucleotide (an anti-VEGF aptamer) designed to be highly bioavailable and stable and delivered by long-term injection into the vitreous fluid of the eye. Clinical studies suggest encouraging degrees of efficacy and safety. Study of products in the development pipeline shows that the Macugen results have stimulated a great deal of interest in additional PEGylated oligonucleotides, an entirely new product platform made possible by PEGylation.

Rather than fading from view as an important drug enhancement technology, PEGylation continues to improve, with a number of promising protein therapeutics in the pipeline. Applications to new classes of molecules, including oligonucleotides, peptides, and conventional small molecule pharmaceuticals are growing, and it is entirely feasible that PEGylation of these other molecule classes could become even more widely practiced than protein PEGylation. 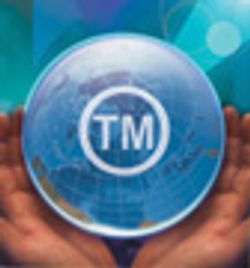 A Protocol for Trademark Protection