In February, Carl Feldbaum, president of the Biotechnology Industry Organization (BIO) for the past decade, announced he would retire after 30 years in Washington. Feldbaum has been pivotal to biotech's emergence as a central player in health and technology policy. As he prepares to leave, Feldbaum shared some thoughts on these developments with BioPharm International's Washington Editor Jill Wechsler.

One of the challenges for BIO is to work with FDA to lay down the regulatory paths for new technologies and combinations of new technologies. Some of our companies applying for review and approval have found that their products are combinations of gene therapies and devices with no clear path. For our companies, FDA regulatory issues are job number one.

A significant issue for us is the debate on "follow-on" biologics. I think our position is a sound one, that we're going to follow the science. But I wouldn't underestimate the pressures on FDA to find a pathway, given the current controversy about pricing.

Look what is happening on reimportation. This is a serious issue — for reasons that have largely gone unspoken. The FDA commissioner's judgment on science and safety issues is being questioned by political forces from the price-control standpoint, and I think this is new and needs to be noted. The industry has relied on an independent FDA to be the gold standard on drug safety, so I'm concerned about how reimportation may lead to on of FDA's authority. There's no doubt, the price pressures can crack a diamond in political terms.

As our companies grow up, they go through a capital formation stage and a regulatory stage, and then they enter the reimbursement stage. And this is perhaps the most long-term and profound challenge we face. With the advent of personalized medicine and pharmacogenomics, the issue will be how our products will be reimbursed and what society will decide it can afford. I think the industry will find itself in a position where it will have to document the rationale for its products — not just the medical but also the societal and economic rationale.

The Medicare bill as passed did a lot for the biotech sector — the catastrophic provision really addressed the types of drugs we are developing. The bill also was a vehicle to reverse some of the hospital outpatient cuts we thought were arbitrary. But I think that implementation of the bill over the next couple of years will be as important as its original passage. It could lead in any number of directions, including some that companies may not like. Our goal is to maintain an environment for biomedical innovation and research — that's the test we apply to any of these regulations.

Another challenge is the whole area of bioethics and social responsibility. I think our industry has benefited from a reputation of being responsive to controversial issues and points of view, from genetic privacy to Dolly to stem cells. And our political profile has benefited from taking an authentic high road.

I have a theory about how the stem cell controversy will play out. If there is an advance in perhaps a potential treatment for Parkinson's or juvenile diabetes, to name just two, then the number of stem-cell lines will increase geometrically. But I think it will take some demonstrable progress — which may well happen abroad.

As for biotech innovation shifting from the United States to other areas of the world, I wouldn't put it in terms of who's going to predominate — it's not a zero-sum game. I don't see areas of Europe or Asia "catching up" with San Francisco or Cambridge, Massachusetts, because those will continue to expand. I see little niches sprouting up in places all over the world with the proliferation of the science and of genomics. Queensland, Australia is creating a niche in marine biology using the diversity of the Great Barrier Reef. And Winnipeg, Manitoba has a heart institute and grain institute and is doing research in those areas. I think they're on the path to developing viable biotech clusters that will grow at their own pace.

I would say the success of BIO and its membership over the last decade was to create a political instrument and a voice that we did not have. I think the emphasis on bioethics and taking the high road was the right thing for industry to do to forge an independent identity. I've been in Washington over 30 years, and it's been a great personal and professional adventure. It's time for a new generation of leadership to take over, and I'm pleased to hand over the baton. 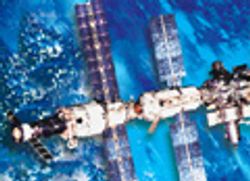 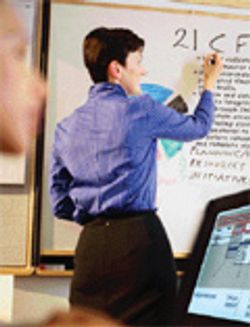 Using Macros and Spreadsheets in a Regulated Environment 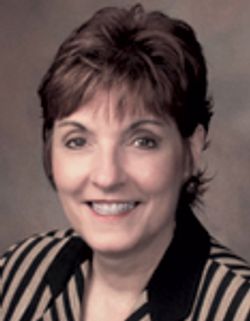 Editorial—Sustainability for a Long-Distance Race