In this online extra, Board Members comment on major industry changes over the past few decades.

This June, BioPharm International will be celebrating its 25th anniversary. Much has changed in the industry since the magazine’s inaugural volume in 1988—technologies have evolved, the regulatory climate has changed, and scientific breakthroughs have forever altered the way companies utilize R&D to construct pipelines and bring vaccines, biosimilars, and medicines to market in the most feasible, ethical, and efficient ways possible. BioPharm has called on its Editorial Advisory Board (EAB) to reflect on the events and trends of the past, examine where the industry is in the present, and forecast where biopharma may be heading in the future. We asked EAB members to share their thoughts on how the industry has evolved, and what has stood out as the major changes over the course of the last quarter century. The responses are below.

BioPharm: How has the industry in general evolved during the past two to three decades? What stands out as a major change?

“There are at least two major areas in which recent changes have resulted in significant product development and quality improvements. The International Conference on Harmonization Quality guidance series (ICH Q8, Q9, Q10, and Q11), written by regulators but with consideration of industry needs, has resulted in both parties recognizing mutual benefits. For example, integrating a risk-based approach with pharmaceutical development, allows the manufacturer to focus more selectively on the higher risks, and similarly, the CMC reviewer to spend less time on reviewing lower risk CMC components. The increased supply chain oversight and control also serves both parties in the long run. Due to the common interest to protect a product from illegal copying and distribution, both parties have pushed legislative and technological advancement quickly forward. The implementation of barcoding and other identification technologies have made it more difficult to sell illegal drug copies. Similarly, following the heparin contamination case, the overall global supply oversight of raw materials and manufacturing components has been significantly improved in recent years.” - Stephan O. Krause, Principal Scientist, Analytical Biochemistry, MedImmune

“What stands out as a major change is the application of tools in genetics, molecular biology, and cell biology, and along with that, we’ve seen progress and development of related and necessary analytical tools. As a consequence of all this, we now see the commercial and therapeutic success of large molecules, mainly monoclonal antibodies, but also other therapeutic proteins. Basically, we are talking about red biotechnology (i.e., large pharmaceuticals)—it has been a huge success. It started long ago with Milstein and Kohler, but now we’re able to actually innovate and transform these basic concepts into something that brings value to the customer, to the patient, and it certainly has brought huge value to the market. At the same time, I have seen a cost explosion in drug development, and that’s something that has been increasing over the years. We’re spending nearly $1 billion before seeing a single dollar coming back. With this, the cost for the process development is, actually, proportionally not as great as the overall cost evolution for drug development.” - Hans-Peter Meyer, Vice-President, Innovation for Future Technologies, Lonza

“The industry has progressed in many directions in many ways. For example, we started from making antibodies from ascites, then mouse ascites, and now manufacture cell lines that are modified at the gene level to make long-acting product. In terms of the drug indication, we have enormously expanded from antibodies to growth factors, replacement enzymes, and hormones, you name it. We’re now trying to make plant-cell based products. Another major change is the move from bioreactors to disposable bags. Using disposable bags can reduce upfront infrastructure cost, and I think single-use will be the future, no matter what expression system is used.” - Krish Venkat, President, AnVen Research

“Large-molecule biopharmaceuticals have proven themselves with the success of blockbuster biologics, such as the antibodies, Rituxan, Herceptin, Humira, and many others. A major reason behind this success has been the application of the great advances we’ve seen in molecular biology to humanize the antibodies that once originated in mice. This advance overcame a key roadblock of patients developing an anti-mouse antibody response to an injected protein. Another advance has been increased cell-culture titers. Protein therapeutics are often delivered at high doses, which makes them prohibitively expensive to produce. As a result of high cost pressures, protein therapeutics have been the subject of intense development to improve their productivity. In the past 25 years, titers increased initially 10-fold, then 100-fold, and even more today. These productivity advances have spilled over into other proteins as well.” - Michiel E. Ultee, Vice-President, Process Sciences, Laureate Pharma

“The biotech industry has significantly changed from a don’t-fix-if-it-ain’t-broke, approach to a more innovation-friendly approach. The arrival of new technologies with high efficiencies and, also, much more appealing alternatives, has of course, supported that. There’s a significant, I would even say pressure now, from regulatory authorities; they provide the tools to use, innovative technologies, and implement them in processes even after market approval. I think that the industry’s goal was always to make pharmaceuticals available for the treatment of chronic and life-threatening diseases, and this has, in many ways, been accomplished. But now, the question is, How can we provide those pharmaceuticals at affordable costs and for large patient populations, including those in emerging markets?” - Uwe Gottschalk, Vice-President, Purification Technologies, Sartorius Stedim Biotech GmbH

“The most compelling change over the past 25 years is how the industry has evolved from a very complex, more or less single-product, expensive-type facility to a multitrained disposable world. We’re dealing with multiproducts in the same facility and we’re seeing an awful lot of efficiencies that the biotech industry hadn’t seen 25 years ago. Instead of having to have a clean-in-place or sterilize-in-place facility, we’re able to use disposable products and liners, as well as things in the process such as disposable filtration systems, that have allowed facilities to start to look at multiple products.” - Steve Walfish, President, Statistical Outsourcing Services

“Three things occur to me. The first is the large shift from classical chemistry for developing new medicines towards biotechnologically derived medicines. Some of these, quite a few of these products, in fact, have become huge blockbusters in terms of their sales. Apart from the shift to biotechnologically derived medicines, three is a whole new set of industries, for example, contract manufacturers no longer producing ATIs by chemistry, but rather offering contract manufacturing for biotechnological processes, bioanalytical laboratories, and suppliers for reagents. Second, there’s been a huge amount of consolidation in the pharmaceutical industry. One result of these mergerd and acquisitions is that these new huger pharmaceutical companies are less interested in smaller products, but they are always seeking the next blockbuster to replace their leading products that may be going off of patent. Third, there’s a tendency towards investing less in R&D by mid- to large-size pharma. The new paradigm that seems to apply is to watch what the innovative small biotech and pharmaceutical development companies are doing to look at products to license in or perhaps to purchase the company. So that’s a shift in paradigm.” - Chris Holloway, Group Director, Regulatory Affairs, ERA Consulting Group

“There are significantly fewer companies that are or intend to be fully integrated than there were 25 years ago. Most companies are strictly doing early development or mid-stage development as opposed to the companies created in the 1980s and early 1990s with the hope of developing an entire product line or technology line and taking it through development, and in some cases, to manufacture and launch. Because of the upfront costs and the associated capital risks, that model has gone away. In the same vein, there are many more companies today focused on a certain product or certain stage of development of a product. In addition, a key industry driver-to get the most value for the investment dollar in terms of moving a technology or product along-has changed. Where in the past, you might get $X million, that would include money for infrastructure and other things. Now, that money is going towards focused development efforts. Finally, there’s more regulatory clarity on how to approach development of recombinant proteins, peptides, and in some cases, vaccines. That’s made it a little easier to have a roadmap for companies on what to expect in terms of the studies needed to support clinical trials or marketing. A good example is the scope of a viral clearance and validation study.” - Edward G. Calamai, Managing Partner, Pharmaceutical Manufacturing and Compliance Associates 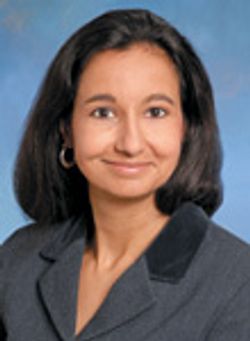 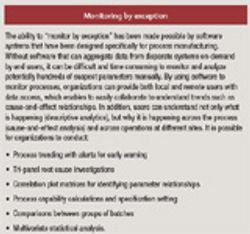