What the 2011 Census of India Reveals for Pharma

The census reveals the state of the population of India's health and the potential for growth in the healthcare market.

Despite its prominent role in the growth strategies of Big Pharma, India is the ultimate frustration for business planners. Its size, diversity, and freewheeling politics make the country an endless moving target that complicates the accurate and timely assessment of potential opportunities. This is why the recent release of India's latest population census provides some useful context in helping pharma investors decide where to put their resources, and to what end.

The results of the census will carry weight as the government intends to use it to chart a more strategic approach to investment in areas critical to pharmaceuticals, such as information and communication technologies; healthcare services, especially in under-resourced rural areas; energy and manufacturing infrastructure; and higher education. The document is particularly strong in analyzing India's huge demographic dividend, which predicts that millions of citizens are primed to join the middle class over the next few years, stoking the demand for better healthcare and access to medicines— nearly all of which is currently paid for out-of-pocket.

The results also provide some subtle hints about continuing sources of risk, not the least of which is the potential for confrontation along the key religious fault line between the majority Hindu and minority Muslim populations. The proportion of the Hindu population is slated to fall below the 80% mark for the first time in over a century, revealing a significant divergence between Hindu and Muslim growth rates. This could slow social progress because for many indicators the Muslim population tends to rank below the national average—literacy among the Muslim cohort currently stands at slightly under 60%, compared with more than two-thirds for the Hindu majority. "Religious demographics" is important as an indicator of future political stability, to an extent not seen in other markets.

Another divisive factor is the sex ratio, where the gap in births of boys versus girls has widened significantly since the last census in 2001. That data comes as a surprise, given the many laws enacted to prevent female feticide along with schemes to encourage families to have a girl. The results have sparked a political debate focused on the fact that, in the opinion of many leading health advocacy groups, and after a decade of strong economic growth, India remains a hostile place for girls—status among the sexes is still highly unequal.

Nevertheless, what the census shows in stark relief is just how big the country is today. The total population stands at 1.21 billion people, a figure nearly equal to the combined populations of an extent not seen in other markets. One in every six people in the world is an Indian citizen. Between the last census in 2001 and this current one, India added nearly as many people as there are in Brazil.

More important, the population boom has not yet played itself out. The fertility rate is slated to continue at 2.8%, or slightly higher than replacement. The Health Ministry has pushed back the timeline for achieving population stabilization to 2070, from the 2045 target set via the previous census. Practically, this means that India is slated to overtake China as the world's most populous country within the decade.

The census carries important new information on the state of heath and the potential for sector-led growth. Demand for healthcare services in India is growing at a compound growth rate of 16%. The healthcare industry accounted for 5.2% of India's GDP in 2002, but the census says this will rise to somewhere between 6.2–7.5% by 2012, or $47 billion annually.

However, the public sector accounts for a mere 20–25% of total health spending, with the country's public outlays among the lowest in the world. Large parts of the country continue to have no access to basic medical facilities. Expensive healthcare adversely impacts the economic condition of the poor, leading to a vicious cycle that further reduces their standard of living.

For the first time ever, mental illness was extensively mapped in the census as part of a major effort to track the level of disability. Besides mental retardation, people were asked if they have a family member suffering from depression or anxiety. According to one estimate, two out of every five Indians suffer from depression, creating an enormous wellspring of unmet medical need involving a target treatment population in excess of 200 million. Other questions on disability covered topics such as schizophrenia and anxiety disorder.

Yet India continues to fare poorly in comparison with global averages. On the broad social indicator scale, India is ranked a mediocre 119 out of 169 countries on the United Nations Development Program's (UNDP) Global Human Development Index 2010.

In fact, if India is compared against other emerging countries, it is way behind China. Government expenditure on healthcare in China is nearly five times that in India. Although China has a larger population and a higher per capita income than India, the Chinese government spends nearly 2% of GDP on healthcare, while in India it is only slightly above 1%.

In a report on "Quality of Life" between the two Asian nations, Amartya Sen, the Nobel Prize winner in Economics in 1998, cited the 2011 census data in noting that life expectancy at birth in China is 73.5 years, while in India it is 64.4 years. Infant mortality rate is 50 per 1000 births in India, as compared with just 17 in 1000 births in China. The mortality rate for children under five years of age is 66 per 1000 for Indians and 19 in 1000 for the Chinese. Sen also noted that only 66% of Indian children are immunized with triple vaccine (i.e., diphtheria/pertussis/tetanus), as opposed to 97% percent in China.

As part of the census exercise, the government is launching its first national health survey in which information on blood pressure, blood grouping, sugar levels, and other basic primary-care indicators are to be collected, to help identify predisposing disease factors. This data will be collected directly at the community and even neighbourhood level, with the aim of close targeting of healthcare policies relevant to affected populations as well as gaining guidance in deciding Union Budget priorities. Pharmaceutical companies should watch this exercise closely as it will shape the coming debate on expanding government investments in a basic healthcare system linked to a commitment to universal coverage.

Progress has also been posted in basic health indicators such as sanitation. An interesting tidbit revealed at the last census was that India had more households owning television sets than those with bathrooms. Likewise, while the 2001 census found that 68% of the population had access to clean drinking water. Today, the figures stand at 94% for rural dwellers and 91% for urban residents.

Nevertheless, some 37.7 million Indians are affected by waterborne diseases annually, 1.5 million children are estimated to die of diarrhea, and 73 million working days are lost due to waterborne disease each year. Treating these diseases costs the strained public health system in excess of $600 million per year, which could be ameliorated by new investments in health infrastructure.

The census exercise has been useful in helping drive awareness that India needs to invest more in health. Whether it will do this successfully depends on political factors that are hard to assess at the present time.

Mangeshi Sai is a reporter based in India. 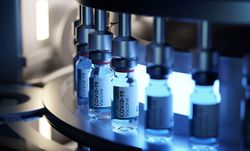