The United States Pharmacopeial Convention (USP) announced on Mar. 31, 2015 that it would establish Jan. 1, 2018 as the implementation date for General Chapters <232> Elemental Impurities-Limits and <2232> Elemental Contaminants in Dietary Supplements in USP’s compendia of public standards, United States Pharmacopeia–National Formulary (USP–NF). The announcement also confirmed that USP would remove General Chapter <231> Heavy Metals from USP–NF, and monograph references to this chapter will be delayed until the aforementioned date in 2018.

Users may continue to use the current approach or implement the new 232/2232 approaches until Jan. 1, 2018, on which date the General Chapters will be required unless otherwise specified in a monograph. USP revised General Notices Section 5.60.30 Elemental Impurities in USP Drug Products and Dietary Supplements in USP–NF following the December 2014 release of the International Conference on Harmonization (ICH) Q3D Guideline for Elemental Impurities, and based on dialogue with industry representatives and FDA. The revisions are official as of Apr. 1, 2015 and are listed in the press release as follows: 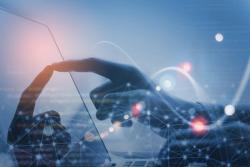