Genomics companies have taken a beating on Wall Street. Will newly developed therapies like ABthrax help the sector return?

With the threat of a bioterrorist attack still weighing heavily on Americans, an antidote for anthrax has yet to be introduced.

True, antibiotics can stem the effects of anthrax if discovered early on, but once the anthrax toxin enters the bloodstream, there's not much doctors can do. The toxin destroys the human antibodies that would otherwise track down and kill anthrax bacteria.

Enter ABthrax, a monoclonal antibody which acts as a proxy for the antibodies that are destroyed by the anthrax toxin. This promising new antidote has already proven successful in treating laboratory monkeys subjected to lethal doses of anthrax. In clinical tests, ABthrax saved 90% of the monkeys. Now, ABthrax is being tested on healthy humans as a way to beat the deadly bacterium at its own game by strangling it before it can act.

Great news, right? Well, it could get even better. What if I told you that ABthrax could be one of the first in a long line of commercial success stories from the world of genomics?

This industry, in recent years, has taken its fair share of lumps from critics who complained that genomics was all show and no dough. Not any more, advocates say.

Human Genome Sciences (HGS), which is using its genomics expertise to develop ABthrax as well as other protein and antibody drugs, is one of a growing list of companies that are looking to harness the power of genomics and bring revolutionary new drugs and medicines to the masses. Genomics and genomics-related firms like Agilent Technologies, Amersham BioSciences, Apogent Technologies, Isis Pharmaceuticals, Nanogen, Millennium Pharmaceuticals, and PerkinElmer are also looking to make their mark on the biopharm market and on Wall Street.

Table 1. Of the 75 companies that currently make up the Nasdaq Biotechnology Index, genomics companies Human Genome Sciences and Millennium Pharmaceuticals are among the 20 largest, based on market value.

Given time and patience - two traits that Wall Street has in short supply - advocates say we can expect myriad drugs derived from work based on the human genome. The technology isn't exactly new - the term genome goes back to the 1930s when it was used to denote the totality of genes on all chromosomes in the nucleus of a cell. In 1944, DNA (which is now - thanks to OJ Simpson and his 1995 murder trial - a widely used, if not understood, term) was recognized as the genetic fabric of all living organisms. For the past decade, human genome scientists have spent their days slogging through the estimated 30,000 human genes to pinpoint mutations that cause disease and find the genes that may help prevent diseases. Finally, indicators show that they may be on to something - and just in the nick of time.

To be candid, I, like some other Wall Street observers, get antsy when the term genomics comes up. In recent years, publicly traded companies delving into the tricky science of human genes have come out bloodied and bruised, at least in terms of stock performance.

Just how bloodied and bruised? The 20 or so genomics companies that are publicly traded, as tracked by the financial newsletter BioCentury, fell off by a whopping 71% in 2002. And critics like Associated Press biotechnology writer Paul Elias note that the "genomics revolution has indeed led to a few medical breakthroughs - but it has cost investors billions of dollars with few returns." Things turned so dour in the industry that one company - Palo Alto, CA-based Incyte -dropped Genomics from its name after its stock fell from $140 to $4 per share.

From Theory to Practicality

Evidently, solving the genomics puzzle is one thing, finding commercially viable uses for it is another.

Industry enthusiasts are high on ABthrax and HGS because the firm has provided a road map on how companies can turn genomic concepts and business models into viable products, transforming themselves from wooly-headed gene theorists into money-making drug development companies.

According to Scope Marketing & Information, the overall US genomics market will rise at an average annual growth rate of 18% through 2007. Right now, the market is a small one - about $1 billion in 2003, according to Scope. The company also reports that the genomics industry is highly fragmented but is seeing increased consolidation in the form of alliances and acquisitions primarily concentrated in the United States and Europe.

In genomics, where cash is king, companies like HGS and Millennium Pharmaceuticals are sitting pretty with cash reserves of $1.5 billion and $1 billion, respectively. Perhaps it's that "breathing room" factor that nearly doubled HGS's stock price earlier this year and increased Millennium's share price by 98%. Analysts say that Millennium's strategy to acquire another operation with a strong existing product pipeline (it recently acquired COR Therapeutics) is a winner that other industry players may take to heart.

Other genomics companies forging inroads into profitability include Genencor International, which has reported strong quarterly sales so far in 2003. Genencor is another "comfort level" company with deep pockets - it was founded in the early 1980s as a joint start-up between heavyweights Genentech and Corning.

Admittedly, you've got to kick some tires and look under some rocks to really figure out what's going on in the genomics market.

One mutual fund that's doing a fairly good job of that lately is the GenomicsFund, which returned a hefty 60% year-to-date through October 2003. It wasn't always so rosy at the fund, which is managed by healthcare industry guru Robert Sullivan of Scituate, MA-based Satuit Capital Management. Sullivan's only been aboard since early 2003, so he doesn't have to explain the fund's atrocious performance in 2001 when it lost 43% of its value and in 2002 when the fund was labeled by Lipper Analytical Resources as one of the "Top 10 Worst Performing Funds" of the year. During that time, fund inflows fell from $50 million to a paltry $7 million.

To turn things around, Sullivan has taken a different tack than the fund's previous management, opting to reduce volatility whenever possible in order to attract fund inflows from more risk-averse investors. He also has widened the scope of the fund to include even more genomic industry stocks (although he has proven not to be wedded to too many or too few genomics-only firms). Now, as 2004 opens, the GenomicsFund is what the industry really needed on Wall Street - a benchmark to gauge its overall success.

So, can the genomics industry - boosted by good news on the research and development and market performance fronts - do what it promises and find faster, less expensive, and better performing drugs?

So far, the answer isn't entirely clear. Yes, genomics is changing how the biopharmaceutical industry thinks about drug discovery and its links to human genes. Just about every leading biopharm company has either forged alliances with genomics companies or created an in-house research department. If genomics companies take the HGS route and emphasize shorter-term drug development over long-range thinking - a blueprint that blew up in the sector's face in 2001 and 2002 - then the sky might just be the limit.

I'm not usually given to "magic bullet" theories, but the genomics play book for 2004 seems worth considering.

Call me an optimist, but I guess it's just hard-wired into my genes. 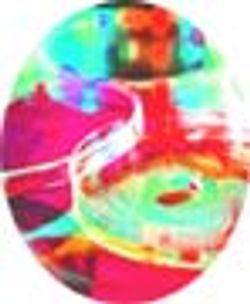 Components of the Pharmaceutical Industry Are Converging