The State of Intellectual Property in Canada: Pending and Spending 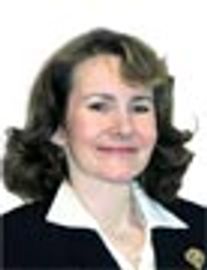 Biotech patent decisions before the Supreme Court and the Prime Minister's commitment to innovation will shape the future of life sciences protection in Canada.

Strong intellectual property (IP) protection is a key element for securing a vibrant life sciences industry. Self-replicating samples, other progeny issues, and a web of complex, very expensive and time-intensive health and safety regulatory issues contribute to the particular vulnerabilities of this industry.

Currently, Canada might be summarily characterized as in both "pending" and "spending" mode for IP issues in the life sciences industry. Pending applies to a critical biotech patent decision anticipated from our Supreme Court; a technical legislative fix to save the validity of hundreds of patents; and the development of domestic legislation to implement an international decision promoting access to medicines for countries in need. Spending (always an apt term in this industry) refers to the increased fees at the Canadian Intellectual Property Office (CIPO) as well as to our new Prime Minister Paul Martin's comments about the importance of funding our biotech industry to build a 21st century economy.

Canada generally offers broad protection for IP. As with most other developed nations, Canada has ratified and incorporated into domestic law the major IP treaties, including the Paris Convention, the Patent Cooperation Treaty, the World Trade Organization's Agreement on Trade-Related Aspects of Intellectual Property (TRIPS), and the Budapest Treaty relating to deposits of microorganisms (Table 1). Canada also has regulations, in force since March 12, 1993, linking regulatory approval of a generic product to the patent status of the applicable patented medicine.1 The regulations prescribe a process to determine infringement issues on a preliminary basis while a generic product undergoes regulatory approval. Canada is, however, struggling through some interpretation and application issues - including the patentability of higher life forms and protection of confidential information submitted to the government for regulatory approval.

On the issue of higher life forms, in December 2002 the Supreme Court rejected claims to the genetically modified Harvard oncomouse.

In a 5 to 4 split decision, the majority held that the definition of "invention" in the Patent Act

did not include a higher life form. Among other things, the "composition of matter" and "manufacture" elements of this definition did not imply conscious, sentient living creatures. The Court invited Parliament to amend the Patent Act if suchcreatures were to be accorded patent protection. Claims for other aspects of the invention, including the cell cultures and plasmids, were held to be properly patentable subject matter. In the minority opinion, Justice Ian Binnie observed that one would look "in vain" for any distinction in the "invention" definition between Canada and several other countries where the oncomouse enjoys patent protection. He also noted that the majority view resulted in "disappearing subject matter patentability" between "two successive stages of a transgenic mouse's genetically preprogrammed growth,"

namely the egg (patentable) and the mouse (not patentable).

This year opened with biotech patent issues yet again before the Supreme Court.5 This time, the issue centers on

genetically modified canola found growing on Percy Schmeiser's farm in Bruno, Saskatchewan in 1998. Monsanto alleged that Schmeiser was infringing its patent by growing the herbicide-resistant canola (known as Roundup Ready Canola). Monsanto's patent claims a gene, and plant cells containing the gene, that confers glyphosate resistance to the plant cell transformed with the gene. The patent does not contain claims to the plant itself. In the two courts below, Schmeiser's canola plants were found to infringe the claims to the gene and to the plant cells. This issue is now before the Supreme Court.

Table 1. Canada is a member of several international IP treaties.

The patentability of higher life forms, what is in fact a higher life form, and whether the existence of the Plant Breeders' Rights Act precludes patent protection were also raised in arguments. Since the Monsanto patent has no claims for the entire plant, the Court need not deal with these issues. However, if it elects to do so, it will be interesting to see how the patentability of life forms fares with genetically modified canola compared to the conscious and sentient oncomouse. Depending upon the outcome, Parliament may be called upon for a legislative fix. In the meantime, as a practical matter,

higher life forms (at least mammals) cannot be patented, although the Court of Appeal judgment in Monsanto supports the position that a transgenic higher life form still infringes the claims to the cell lines and plasmids.

international obligations - relating to undisclosed information submitted to governments for regulatory approval.6 As judicially interpreted, since the Minister does not "physically examine" the innovator's dossier when considering a generic manufacturer's submission for approval, typically no period of data protection will apply to an innovator's data.7 As such, this data is available for the purposes of bioequivalence comparisons by generic manufacturers. This is a source of concern to industry innovators and seen to present a serious competitive disadvantage for Canada as compared to other developed countries.

A Canadian canola field in bloom.

As of January 1, it also costs more to obtain IP protection for biotech innovations and products, whether a life form or otherwise. After years of holding fees flat, CIPO announced significant fee increases for all intellectual property, most of which are applicable immediately.

According to CIPO, the fees remain significantly less than in other jurisdictions such as the US, Europe, Japan, and Australia.

CIPO also has proposed a legislative fix to address the Dutch Industries decision, which effectively invalidated hundreds of Canadian patents. The Federal Court of Appeal held that the Commissioner of Patents acted without jurisdiction in accepting retroactive supplemental payments from large entities that had inadvertently paid at the small entity scale - although there was a longstanding practice of accepting such payments. The supplemental payment was the difference between the large and small entity fees. Draft legislation to cure these patents is on CIPO's website for comment until March 31, 2004.

To touch on a few other current issues for the life sciences industry, Internet pharmacies raise a plethora of ongoing issues with consumers, innovative and generic pharmaceutical companies, pharmacists, and governments at all levels in Canada and the US. In March 2003, Canada's Competition Bureau cleared GlaxoSmithKline of allegations that it violated competition laws by refusing to supply its products to Internet pharmacies that sell them to US customers.

Another upcoming issue is Canada's implementation of the WTO's Doha Declaration11 amending both the Patent Act and the Food and Drugs Act to allow medicines to be manufactured for export to developing nations. In its desire to be the lead implementer, Canada introduced Bill C-56 on November 7, 2003 and pushed it through second reading. The Parliamentary session ended, however, effectively killing the bill. The new Prime Minister has indicated his intention to reintroduce the same bill once the new Parliament is in session.

The federal government mood also looks promising for IP protection.12-14 Industry Canada has fostered an innovation agenda since at least 2002. In a speech to the Montreal Board of Trade in the fall of 2003, Prime Minister Martin highlighted the need to build a 21st century economy driven by individual ingenuity and creativity. In addition to lauding the many successes of the life sciences industry, Martin also emphasized the need for innovation as well as the need for funding and protection.

As we move into 2004, all eyes will be on the Supreme Court when it renders the Monsanto judgment and on the federal government as it works through its innovation agenda.

11. WTO. Implementation of paragraph 6 of the Doha Declaration on the TRIPS Agreement and public health. Decision of the General Council; 2003 Aug 30; Geneva, Switzerland.

14. Martin P. Building the 21st century economy. Address to the Board of Trade of Metropolitan Montreal; 2003 Sep 18; Montreal, Quebec. Available from URL: www.paulmartin.ca/home/stories_e.asp?id=704