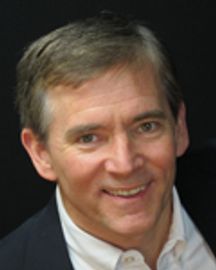 The rapid growth of the pharmaceutical industry in India is yet to create significant changes in the Indian distribution system.

This rapid growth has yet to translate into a modernization of the Indian distribution system. The main hurdles include the highly fragmented nature of the distribution network, limited advancement in regulatory reforms, and the presence of strong resistance from lobbies of traders involved in the supply chain of pharmaceutical products.

India's current distribution situation poses greater risks for biotech products, which require careful climate control throughout its transit period. The relative lack of awareness toward the importance of these requirements makes biotherapeutics even more vulnerable to spoilage during distribution. Moreover, the infrastructure for cold-chain management is still developing in India. This situation has forced both pharmaceutical and biotech companies to consider alternate distribution systems. These attempts, however, have faced severe resistance by the lobbies of traders involved in the channel.

India is a geographically diverse country with extreme climates that make distribution a critical function. The long channel of distribution and high incidence of brand substitution makes it mandatory for a company to make all its stock keeping units (SKUs) available at all levels at all times. In India, most brands have generic versions of drugs and retailers can usually obtain higher margins with generics than for branded products. To reduce risks of substitution, innovator companies must make sure their products are made available to the stockists and retail shops.

Drug distribution in India has witnessed a paradigm shift. Before 1990, pharmaceutical companies used a different distribution system, in which they established their own depots and warehouses that now have been replaced by clearing and forwarding agents (CFAs). These organizations are part of the distribution chain, and are primarily responsible for maintaining storage (stock) of the company's products and forwarding SKUs to the stockist on request. Most companies keep one to three CFAs in each Indian state. On an average, a company may work with a total of 25–35 CFAs. Unlike a CFA that can handle the stock of one company, a stockist (a regional distributor) can simultaneously handle more than one company (usually, 5–15 depending on the city area), and may go up to even 30–50 different manufacturers. The stockist, in turn, after 30–45 days (a typical credit or time limit) pays for the products directly in the name of the pharmaceutical company. The CFAs are paid by the company yearly, once or twice, on a basis of the percentage of total turnover of products.

Figure 1 shows how a manufactured product passes through the company-owned central warehouse, which supplies it to the CFA or super stockist. From the CFA the stocks are supplied either to the stockist, substockist, or hospitals. The retail pharmacy obtains products from the stockist or substockist through whom it finally reaches the consumers (patients). Certain small manufacturers directly supply the drugs to the super stockist.

In 2006, the market size of India's pharmaceutical logistics segment (distribution) was valued at around $200 million and the logistics/distribution industry has been growing at an average annual growth rate of 4% since 2002. According to the Indian Retail Druggists and Chemists Association, in 1978, there were roughly 10,000 distributors and 125,000 retail pharmacies in India. Today, the total number of stockists in India is around 65,000 and the number of pharmacies is about 550,000, an increase of around six- and four-fold, respectively.

Despite the rapid increase in the number of stockists and pharmacies, there has not been a proportional increase in the volume of prescriptions distributed. Thus, the efficiency of the current system has clearly not been demonstrated. Further, it is estimated that more than three-fifths of Indians still do not have access to modern medicines. This clearly shows that the rural market is largely unattended and untapped.

In addition to the above mentioned margins, wholesalers and retailers are also compensated with additional trade offers. Hospitals and large institutions sometimes directly negotiate with the manufacturing company and get the drugs in their pharmacy at lower costs. Stockists compete with each other in a given city. Generally, hospitals order large quantities and can negotiate with stockists, who provide payment terms, credit periods, and margins.

Further, retailers and distributors form associations locally and nationally, and manufacturing companies must comply with their terms. For example, in many states when a company launches a new product (either branded or generic), to make that product available in the pharmacy, the company has to pay commissions to the chemist (pharmacy) association. On receiving the commission the association will issue a no-objection certificate, which is mandatory for any company to make their product available in the market. Cipla, a manufacturer of asthma drugs, tried to bypass the supply chain by providing home service for its products. Cipla faced strong resistance from the traders lobby, which stopped stocking Cipla's product. Ultimately, Cipla had to withdraw the scheme.

THE FUTURE OF INDIA'S DISTRIBUTION SYSTEMS

Organized retail pharmacies are in a nascent stage in India, but have started making inroads in the distribution system. The first retail pharmacy chain was started by the Subiksha Retail Services Pvt Ltd. The Medicine Shoppe, one of the largest retail drug stores in the US, opened two retail outlets in Mumbai and has franchised three more in Mumbai, Calcutta, and Baroda. Others have also entered the field including Health & Glow, Pills & Powders, and Reliance that has set up units under the brand name of Reliance Wellness.

Nitin Gokarn, senior manager of supply-chain management (SCM) at Merck India, is optimistic for the growth of organized retail. He says that, "Though organized retail faces strong resistance from the traders lobby, it has a great potential." He also opines that, "It will take a great deal of political will and reforms to make this happen." With an organized retail system, pharmaceutical companies would be able to offer medicine at higher margins, and some speculate that retailers may even be able to pass on cost benefits to the end-users as well.

The growth of institutional sales had little impact on the accessibility of medicine in rural areas, according to an analysis by the Indian Retail Druggists and Chemists Association.

A large proportion of the rural population still does not have access to proper medication and the situation may take long to improve. Rural areas contribute around 21% to the total pharmaceutical market. In 2006–2007, the rural pharmaceutical market was estimated at around $1.4 billion. Nearly 70% of India's population lives in rural areas where the healthcare infrastructure is poor. With increasing rural household incomes, the rural market is becoming more attractive. According to estimates by the Planning Commission, rural households now spend 12% of their income on healthcare.

With the introduction of VAT, medicine prices have been standardized and price discrimination, in which different states pay different prices for the same products, has reduced. VAT has also helped reduce the illegal interstate transfer of goods and the unethical interstate trade for higher margins. Per the new rules, sales tax is levied at each stage of value addition and credit for the tax paid on the inputs can be obtained.

IT adoption in healthcare has grown drastically. Pharmaceutical companies have realized the need for integrated solutions in SCM to keep inventories at optimum levels, to improve distribution, to provide for liquidation of stock, and to streamline interconnectivity between manufacturing facilities, warehouses, and CFAs in different states. The use of software like SAP and SAS, apart from other customized software, is increasing. However, the adoption of technologies such as radio-frequency identification (RFID) has been slow.

Pharmaceutical companies in India have realized the importance of SCM and are aggressively looking for ways to improve the costs associated with SCM. Distribution in India is proportionally much more costly than it is in the US or EU. The companies, which have spent as much as one-third of their revenues toward financing their supply-chain operations, recognize that the cost of logistics is very high in India. In US and EU, the expenditure on SCM alone is perhaps 2%, whereas in India, it averages 4–6% of total sales. According to Gokarn, "It's mainly because in India, the cost of drugs is very low compared to the developed markets. Taking into consideration the poor infrastructure and extreme geographic conditions, it is difficult to curtail the cost involved in SCM."

The multilayered distribution channel and lobbying at all layers has been successful at preventing pharmaceutical companies from bringing in significant reforms toward higher trade margins, and at bypassing the multiple distribution layers to reach customers directly. Because pharmaceutical companies do not have direct access to retailers' data on sales (tertiary sales), most pharmaceutical companies depend on stockists' sales data to monitor sales (secondary sales). The primary sale involves transferring stock from the central warehouse to its CFA. The medical representatives are given predefined sales targets. To meet these targets they push inventory on the stockist to levels that exceed the actual demand. When the next level of sale does not take place, the stockist will either return goods to the company or the stock expires.

Increasing Competition Between Wholesalers and Retailers

Today, with so many mergers and acquisitions in the Indian pharmaceutical industry, the number of stockists for each company has increased. Now two stockists from the same company may be competing against each other. Retailers take advantage of this situation by prolonging the credit period and asking for more discounts, which has an adverse effect on stockists, because they have to comply with the retailers to sustain their business.

The emergence of generic drugs has also taken a toll on Indian pharmaceutical company sales, as prices can be almost two to 15 times less for the same drug. Moreover, to capture market share generics, companies offer higher trade margins at the retail level. Sometimes generic drugs provide up to 500% trade margins, which is a lucrative offer for a retailer to pass up, and this leads to brand substitution.

There is no foolproof system for recalling drugs in India. Once a medicine is released into the market, it becomes a daunting task for a pharmaceutical company to recall because of the highly fragmented nature of the distribution network. Newer technologies such as RFID would help in keeping track of products along the entire chain and would prevent counterfeit drugs to enter into the system.

Manufacturers must ensure that their drug reaches customers with uncompromised quality.In India, because manufacturers do not retain control over the multilayered distribution system, the cold-chain management process continues to be difficult and expensive. However, manufacturers are increasingly realizing the importance of an effective distribution system, all the way to the end-customer. Coping with the challenges of streamlining the systems in India will ultimately benefit the patient and the healthcare system.