At the Biotechnology Industry Organization's (BIO) annual convention in Washington, D.C., the exhibit hall was a good place to glean insights on industry trends. Here are a few I observed:

Improving yields for bioreactor-based mammalian cell culture is having a considerable impact on biopharmaceutical manufacturing. Expression rates around one gram per liter are becoming the norm — nearly double the norm of just two years ago — and individual instances of three to five grams per liter are being talked about.

Improved yields are an important factor in easing feared shortages in bioreactor-based cell culture capacity. They are also dampening the prospects of a competing technology: transgenic production.

Proponents of transgenics have touted the technology as a more cost-effective alternative to bioreactor technology, especially for large-volume applications such as monoclonal antibodies. It has been argued that the capital costs of building a transgenic herd of goats or cattle are a fraction of the investment required to build bioreactor trains able to produce an equivalent volume of drug substance. The improving expression rates, however, are halving and even quartering the amount of bioreactor capacity needed to produce a given volume of material.

With their economic advantages fast disappearing, proponents of transgenic production are emphasizing their other supposed advantage: the ability to produce proteins and antibodies that are difficult to express in bioreactors. As long as this advantage holds up, it could preserve a niche for transgenic production. Still, the industry must deal with regulatory uncertainties, concerns about animal safety, and, for plant transgenics, worries about contamination of other crops.

The linking of biomanufacturing and sterile fill and finish offerings is clearly aimed at offering smaller biopharmaceutical companies a one-stop manufacturing solution.

Small-molecule process development contractors and API manufacturing contractors were in attendance at the convention too. The increased presence of companies like Albany Molecular Research, Peakdale, Siegfried, and the custom manufacturing unit of Cambrex is a clear sign that biopharmaceutical companies are diversifying their development portfolios to include small-molecule compounds.

Small-molecule manufacturers indicated that the business downturn they have experienced over the past three years may have bottomed out. No one wanted to get overly optimistic just yet, but executives indicated that requests for proposals (RFPs) and new project activity from both big and small pharma have been improving in recent months. One business development executive said that his company's early-stage business has been up almost 10% in the past three months. Another executive indicated that his company was seeing more projects, but at a smaller average project size than in the past.

One reason for the increased contractor activity may be the improving financial markets. Small- and mid-sized pharmaceutical and biopharmaceutical companies picked up the pace of fund-raising in June.

According to data collected for PharmSource Information Services' Contractor’s Lead Sheet, these companies raised $2.9 billion in June — more than double the $1.3 billion raised in April. The biotech sector was up 18% in the second quarter of 2003, buoyed by a number of new product approvals.

The jump in new capital entering the industry should be a boon to contract research and contract manufacturer organizations (a shortage of funding caused a rash of project cancellations and drug company liquidations over the past 12 to 24 months). It remains to be seen, however, whether the environment has improved for the long-term or whether companies have been taking advantage of a brief window of opportunity. BPI 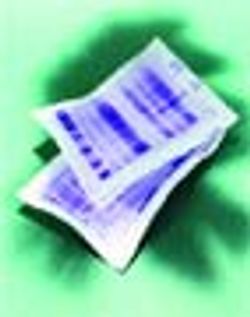 Large-Scale Manufacturing of Plasmid DNA for Gene Therapy and DNA Vaccination -- Part 1: The Suitability of Current Techniques to Purify Plasmid Without Adding RNase 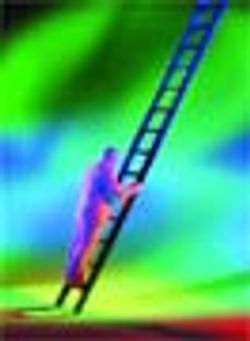