As FDA tries to bring pharmaceutical manufacturing into the 21st century, changes are likely to favor companies with greater manufacturing expertise and the means to invest in new technoglogies.

FDA made the first anniversary of its drug manufacturing initiative, "Pharmaceutical cGMPs for the 21st Century: A Risk-Based Approach," into a major media event. The publication of the 12-page progress report on the initiative was accompanied by a press conference hosted by FDA Commissioner Mark McClellan. In addition, FDA's manufacturing reform efforts were the subject of a front-page article in the Wall Street Journal that spotlighted the backward condition of drug manufacturing practices and technologies and FDA's efforts to reform them. Altogether the message was very clear: FDA is committed to moving pharmaceutical manufacturing into the 21st century.

FDA's manufacturing reform effort has several components, including the establishment of a pharmaceutical inspectorate to bring consistency to facility inspections and a risk-based inspection process that focuses on issues that pose the greatest threat to safety and quality.

But the element with the greatest potential impact on manufacturing practices and costs is the effort to encourage the adoption of new manufacturing technologies. That initiative is often referred to as process analytical technology (PAT) because a key component is the use of instruments that can monitor the status of batches continuously. FDA officials note that drug manufacturers will achieve faster cycle times, lower costs, and better quality simply by not having to stop batch processing in order to run in-process tests.

However, the PAT initiative is really a broader effort to enable pharmaceutical companies to adopt continuous improvement practices that enhance quality and reduce costs. FDA is holding out the promise that as companies learn more about how their manufacturing processes work, they will be freer to adopt process improvements that yield even higher returns.

These FDA initiatives will create new strategic advantages for contract manufacturers with the foresight and capital resources to fully embrace their implications. The advent of a manufacturing paradigm based on new technologies requires the development of expertise and investment in new equipment. Contract manufacturers, considering the broad range of products and processes with which they work, have advantages in acquiring and using new technologies. Additionally, they can amortize the cost of new equipment quickly due to their high utilization rates.

In the electronics and automotive industries, contract manufacturers leveraged these advantages into leadership positions and enjoyed rapid growth through most of the 1990s. Clients came to expect, and contractors delivered, year-to-year cost reductions as well as quality levels thousands of times better than those in the pharma industry today (as measured by batch rejection rates).

The pharmaceutical contract manufacturing industry faces several challenges if it is to respond to this opportunity. The first is financial: modernizing pharmaceutical manufacturing will require significant capital investment in new capabilities and equipment. This involves not only production machinery equipped with the latest process analytical technologies but also the information technology infrastructure to capture the data for immediate process control and future analysis. It also means investment in pilot-scale facilities where companies can develop and test process improvements. However, few contract manufacturers have deep enough pockets to make all the necessary investments.

A second challenge will be managing the transition from old to new. Contract manufacturers have been followers more than leaders; being too far ahead of your clients has never been much of an advantage. In fact, under the old FDA manufacturing regulatory regime, old equipment is often advantageous because it means products can be transferred from the sponsor'’s manufacturing site to the contractor's site with minimal filing requirements. Even though FDA has promised to nurture manufacturing improvements incorporating new technologies, client wariness of how FDA will really behave will slow adoption. Getting clients to invest more resources early on in the manufacturing process will remain a challenge, despite the significant downstream benefits of the new cGMP regulatory climate.

A third limiting factor was identified at a recent roundtable sponsored by the Pharmaceutical Outsourcing Management Association (www.pomasite.com) and Hogan & Hartson, a law firm based in Washington, DC. Several speakers raised the specter that the risk of product liability suits might be greater than the regulatory risk in adopting the new technologies, as some plaintiffs might charge that the new manufacturing processes somehow compromised product safety and efficacy. That's one more concern that contractors and clients will have to factor into negotiations.

BioReliance officials said the acquisition enhances the company's service offerings and facility capacity and provides greater opportunities to tap into the European market. An additional likely benefit is to push BioReliance to a size that will bring it more notice from the investment community.

Like most companies with proprietary products, Abbott has been cautious about the contract manufacturing business where margins and prospects pale in comparison to branded drugs. However, the product line of the spin-off will consist mostly of injectable generics and other low-margin, low-growth drugs. In this context, contract manufacturing of sterile products could be a star with growth potential and margins that could outshine the company's generic product line. BPI 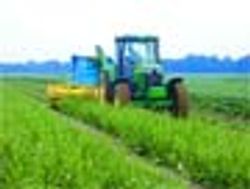 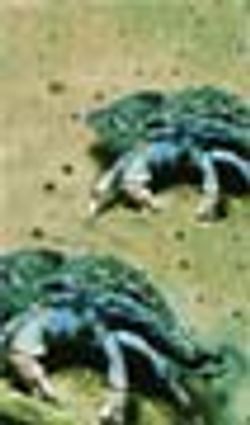