The year 2003 marked the completion of the first draft of the human genome sequence. We now find ourselves in the modern genetic era, trying to understand and utilize a previously unimaginable amount of biological information. Scientists have the daunting task of finding new ways to use the human genome sequence to improve drug discovery and development efforts and to find better ways to combat disease for the benefit of humanity.

A key tool that has emerged to help scientists sort through these enormous genome sequences is the high density microarray. Invented in 1989 by Stephen P.A. Fodor and colleagues,1-3 microarrays opened up an entirely new world to researchers, and now afford scientists the ability to analyze gene expression for the complete coding content of the human genome in a single experiment. This objective analysis method enables scientists to discover the underlying genetics and associated biochemical pathways that are disrupted in a wide range of diseases, from cancer4-6 to multiple sclerosis.7 Across multiple disciplines, whole-genome expression analysis is helping scientists to stratify disease, predict patient outcome, and generate information that can be used to make better therapeutic choices.

GeneChip Probe Arrays are Manufactured Through a Unique Process, Using a Combination of Photolithography and Combinational Chemistry.

While microarrays were initially used to study gene expression, the most recent generation of arrays now allows scientists to study genome-wide DNA sequence variation.8,9 These new tools for disease mapping studies10-15 deliver the most markers and highest resolutions available, and have already helped scientists pinpoint genes linked to diseases such as bipolar disorder,11 sudden infant death syndrome,12 and neonatal diabetes.13

Characteristics like high-data-capacity, reproducibility, and accuracy make Affymetrix' GeneChip arrays ideally suited for basic disease research. This technology has revolutionized drug discovery and development, as well. Pharmaceutical companies have adopted high-data-capacity microarrays in drug discovery research for applications such as target identification, target validation and pathway analysis, compound profiling, and toxicology studies. Additionally, the arrays are currently being used in dozens of clinical trials to profile patient genetic and genomic information for more effective treatments and improved therapies. From a scientific obscurity developed 15 years ago, microarrays have become a critical tool in pharmaceutical research and are providing a more in-depth analysis of the genome for improved drug discovery and development.

One of the first steps on the road to more efficient healthcare is developing better drugs to treat disease more effectively. GeneChip arrays are now being used by pharmaceutical companies to improve nearly every aspect of the traditional drug discovery and development process, including target identification, target validation, compound screening, lead optimization, and clinical trials.

Disease Pathway Identification Researchers use genome-wide expression profiling to generate hypotheses for complex disease mechanisms and to identify drug targets and their pathways. Additionally, microarrays for dna analysis have been used to discover the genetic basis of disease by mapping disease genes with whole-genome snp assays.10-15 the two platforms complement each other: gene expression arrays identify differentially regulated genes from related individuals and dna analysis arrays can validate those differences in mapping experiments.

Disease Pathway Validation Once a disease pathway is identified, researchers need to know that disrupting the pathway will actually affect the disease etiology. Using whole-genome expression profiling, scientists can understand a wide range of effects — desirable and undesirable — that result from disrupting a pathway. They are then able to better evaluate potential targets for drug design. Modern technologies, like small interfering RNA, are now being used to rapidly and specifically inhibit gene function, speeding up the exploratory process of validating useful drug targets. However, being able to affect many different genes quickly requires an equally efficient way to measure the downstream effects generated by those changes.16

Additionally, custom resequencing microarrays can be used to pinpoint disease-causing mutations or to measure the genetic variability of a target gene in clinical populations. The information generated from high-density microarrays gives researchers a more complete understanding of how a gene functions within a cell and adds significant value to the biological models used to validate gene targets.

Compound Screening: Mechanisms of Action Following disease pathway identification and validation, whole-genome microarray analysis can be used to characterize lead compounds for selectivity and specificity, and to identify molecules that disrupt expression of intended disease genes. While existing technologies are well suited to measure the anticipated action of a development compound, these methods do not typically identify any additional or unexpected effects.

Whole-genome expression analysis provides a complete and unbiased measure of both on- and off-target effects for each compound tested. On-target effects are clearly desired, however, off-target changes in expression may help treat different diseases operating through a different mechanism. For example, despite their development to treat hypertension and depression, the respective blockbuster successes of Viagra for erectile dysfunction and Wellbutrin for smoking cessation are prime examples of exploiting off-target drug action to serve other therapeutic markets. By developing large databases of information on the global activity for each member of a compound library, microarray expression analysis allows companies to ultimately create "smarter" compound libraries, with recorded and known effects for each member compound.

Compound Screening: Mechanisms of Toxicity Microarray gene expression screening not only helps to identify mechanisms of drug action, but also points to other off-target effects that may suggest the compound produces far too many side-effects to be approved. For instance, if changes in gene expression match those of a known toxin, a compound can be eliminated from the screening process early in development, saving both time and money. Compound toxicity is typically not evaluated until later stages in the development pipeline and has become a major reason for the high attrition rate in drug development.

In the past, the belief has been that once a compound is found to be active, it can be sufficiently modified to avoid toxic effects while retaining its specific activity.17 However, a recent review of the literature demonstrates that in general, successfully developed drugs undergo few modifications from their initial lead form.18 Using microarrays to understand a compound's risk profile earlier in the development process allows for more efficient and cost-effective decision making regarding compound prioritization for future drug development.

More Successful Clinical Trials By providing more complete genetic and genomic information, microarrays are helping researchers predict which drugs will work for which patient with which disease. There are over 40 examples of GeneChip microarray profiling used in clinical trials to classify disease markers and allow predictions of drug efficacy and clinical trial outcomes.

A recent Phase III clinical trial by Novartis Pharmaceuticals used expression profiles to predict the success or failure of Glivec/Gleevec treatment on chronic myelogenous leukemia.19 Researchers analyzed gene expression patterns from patients prior to treatment and found a 31 gene "No Response" signature, which predicts a 200-fold higher probability of failed therapy. Similarly, in a Phase II clinical trial conducted at the Dana Farber Cancer Research Institute for the Millenium Pharmaceutical drug Velcade, researchers used GeneChip arrays to collect pharmacogenomic data from myeloma patients treated with the drug.20 The scientists discovered a pattern consisting of 30 genes that correlate with response or lack of response to therapy. Clinical utility of biomarkers will be further assessed in a Phase III trial.

While much progress has already been made using gene expression analysis, studies to identify genes associated with drug response, efficacy, and toxicity may become one of the most promising applications for whole-genome DNA analysis. Microarrays able to genotype more than 100,000 SNPs distributed across the genome now allow researchers to readily genotype large populations of responders vs. non-responders to a given drug for phenotypes including efficacy and toxicity. With these kinds of genetic studies, scientists hope to elucidate the genes contributing to variable drug response.

In late-stage clinical trials, for example, microarray genotype analysis could be used to stratify patient populations to eliminate poor or toxic responders from key Phase III trials. Such stratification would help ensure maximum effectiveness through clearer statistical differentiation between drug and placebo, while also reducing the size and cost of trials and improving the odds of drug approval. In addition, once a drug is on the market, patient stratification could accelerate drug expansion into new indications through faster, smaller, more definitive Phase IV trials, or to establish medical superiority of a late-to-market drug relative to entrenched competitors in an important class of patients.

Genome-wide genotype information will also fuel future research. By better understanding genetic mechanisms of drug response in patients, researchers will have made significant progress on finding the next generation drug.

Researchers at the Mayo Clinic are using 100K arrays (100,000 SNPs) to investigate the genetic basis for differential responses to antihypertensive drugs in different patients and populations. These scientists hope to identify genes influencing drug response and ultimately tailor antihypertensive therapy for individual patients.

Whole-genome microarrays provide scientists with a way of examining the underlying genetics of responders and non-responders without any of the assumptions or limitations used in a candidategene approach. For most drugs with variable responses, little is known about why they work in some patients and not in others. Microarrays — gene expression and DNA analysis — enable scientists to explore the whole genome and identify predictive markers of disease to drug-response that may ultimately provide more tailored, effective, and safer courses of treatment to help avoid some of the over 100,000 annual fatalities from adverse drug reactions in the US alone.21

The real-world use of genetic information in treatment decisions is already happening for a select few drugs. With chemotherapeutics like Herceptin and Iressa, scientists have identified single genes associated with the differences observed between treatment responders and non-responders.

These drugs can be prescribed in conjunction with a genetic test, allowing the physician to identify those patients who stand to benefit most from therapy (~30 percent of breast cancer patients for Herceptin and ~10 percent of lung cancer cases for Iressa). The challenge in identifying these genetic markers has been the process of physically pinpointing the gene or mutation among the three billion bases in the human genome. And when multiple genes or mutations are involved in a variable drug response, the challenge grows exponentially more difficult. Information-rich microarrays offer researchers a tool that complexity-matches the seemingly infinite nature of the genome, and helps get at the answers behind disease and drug response.

Microarray technology has already revolutionized significant parts of the drug discovery and development process, but limitations in sample throughput and resource requirements have restrained their practical use. To meet the demands of large-scale industrial initiatives, high- throughput microaarray systems have adopted a 96-array format to fully automate the complete microarray processing workflow.

Automated microarray systems have set new price/performance points for microarray analysis and are enabling large-scale genetic and genomic studies in pharmaceutical research. Companies such as Johnson & Johnson and Aventis (as well as large-scale biology and translational research efforts) anticipate using the high-throughput systems to more wholly implement and apply microarray technology, fundamentally improving drug discovery and development. Efforts like these and others are not only helping to make sense of endless genome sequences, but are allowing us to apply what we learn directly to the patient, helping to develop new therapies and improved disease management. Faced with the skyrocketing expense of modern healthcare, microarrays offer a solution with the prospect for more efficient, cost-effective, and personalized approaches to patient care. 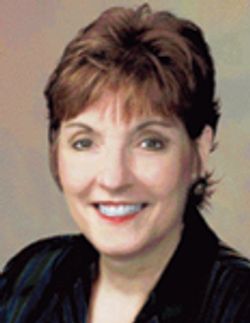 From the Editor in Chief—Consumers and Personal Responsibility 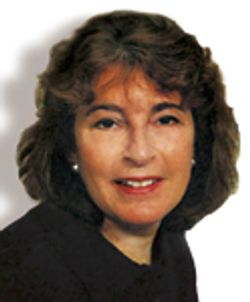