Five Things Every Biotech Company Must Know About Biosimilars

The new US legislation will forever alter the commercial landscape for biologics.

Healthcare reform has passed, and with it comes the long awaited establishment of an abbreviated pathway by which generic versions of branded biologics, often called follow-on biologics (FOBs), may obtain FDA approval. The legislation creating this pathway is one of the most significant developments affecting the regulatory and patent rights of biotech companies in US history, and, barring its reversal or repeal, will forever alter the commercial landscape for biologic therapeutics.

Most industry insiders characterized Hatch- Enzi and Eshoo-Barton as pro-innovator and Waxman as pro-generic. Hatch-Enzi, the only proposal to ultimately survive, passed with the healthcare reform bill.

There are five key things every innovator and generic company should know about this recently enacted legislation.

Notwithstanding that Senator Hatch had a hand in crafting Hatch-Enzi, he did not seek to recreate the Hatch-Waxman regulatory regime. In fact, Hatch-Enzi contains several differences from Hatch-Waxman.

First, Hatch-Enzi does not include a counterpart to the Approved Drug Products with Therapeutic Equivalence Evaluations or Orange Book. This means applicants for approval of FOBs have no ready access to a similar list of patents subject to regulatory patent infringement litigation. Although the Hatch-Waxman Act forbids Orange Book listing and subsequent regulatory litigation over methods of manufacture patents, which cover the steps for making drug products and formulations, no such bar exists under Hatch-Enzi. Thus, innovators may and likely will assert method of manufacture patents in FOB-related regulatory actions for patent infringement.

Second, Hatch-Enzi provides innovator exclusivity of at least 12 years, which is significantly longer than Hatch-Waxman. This critical difference will encourage innovators to stagger their patent protection and potentially delay generic FOB filings.

Third, under Hatch-Enzi, a 30-month litigation stay of FDA approval of FOB applications is unavailable, which will undoubtedly influence the timing and pace of regulatory litigation. If, on the one hand, innovator exclusivity is absent or nearing its end, innovators likely will file early motions for preliminary injunction to block FOB launch or seek to expedite the litigation to obtain favorable rulings before potential launch dates. On the other hand, if a substantial portion of the innovator exclusivity period remains, generic companies must strategically balance the possibility that an early court decision clears the path for launch after exclusivity expiration against the waiting period necessary to recapture the expense associated with early research and development efforts and litigation.

The absence of an Orange Book along with the nature of biologics will likely prompt innovators to create and maintain patent thickets as a way to fend off generic challenges. Without the Orange Book, innovators need not limit regulatory patent infringement litigation to patents covering their reference products. Furthermore, because the environment in which synthesis of active proteins occurs can lead to unwanted mutations in nucleotide sequences and breakdowns in biological processes, patents covering the various ways to make biologics might impair generic design-around efforts.

Innovators would, therefore, do well to pursue an extensive patent filing strategy. Patents covering methods of manufacture will become critical components in the innovator's arsenal for stemming the tide of generic competition. Evaluative methods, for example, methods for determining dissimilarities between active FOB proteins and the active proteins of reference products also may play an important role. Innovators can seek to use this information to defeat approval of pending FOB applications based on biosimilarity and interchangeability standards. Finally, innovators may wish to stagger design-around protection in an effort to block subtle changes in nucleotide sequences.

Under Hatch-Enzi, the innovator and generic applicant negotiate an agreement concerning which patents are subject to certification. The innovator first provides a list of patents it wishes to assert, followed, 60 days later, by a corresponding list provided by the generics applicant, including the same, fewer, or additional patents. In the absence of successful narrowing of these lists, the innovator and generic applicant simultaneously exchange supplemental lists of patents each believes should be the subject of regulatory litigation.

Innovators may seek to increase the cost and complexity of such regulatory litigation by erring on the side of over-inclusion. This will lead to increased litigation costs.

To gain FDA approval, FOB products must exhibit either biosimilarity or interchangeability relative to a reference product. The implications of satisfying one over the other are quite distinct.

The less onerous of the two standards is biosimilarity, which requires the FOB filer to demonstrate similar clinically active components and the same mechanism of action as the reference product, if known. The FOB filer also must demonstrate safety, purity, and potency by submitting data from clinical studies assessing pharmacokinetics or pharmacodynamics, and immunogenecity.

Generics satisfying the interchangeability standard are substitutable at the pharmacy level whereas biosimilars are not. In other words, while pharmacists may freely substitute interchangeable generics for reference products, substitution of biosimilars is only available if prescribed by a doctor. This means FOB filers satisfying biosimilarity alone likely need to spend advertising dollars detailing their products. In addition, only interchangeable FOBs are entitled to first filer status and the profitable generic exclusivity period that comes with it.

The length of the exclusivity period is critically important. Depending on filing dates, innovator patents may expire shortly after 12 years of exclusivity, and in some cases even before. This highlights the importance of patent thickets. Longer exclusivity periods also mean more FOB applications, leading to increased competition and depressed prices after market formation. Generic companies, therefore, will more likely seek first filer status by pursuing interchangeability as opposed to biosimilarity.

The development and commercialization of biologics is a rapidly expanding frontier in our war on disease. Congressional regulation of the field is upon us. The numerous differences between Hatch-Enzi and the Hatch-Waxman regulatory regime indicate that the abbreviated biologic pathway will not be business as usual for innovators or generics. 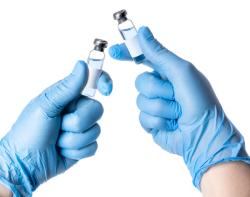