Commercial embodiments of genetically modified inventions are protected in Canada.

The Supreme Court of Canada released its much-anticipated decision in the Monsanto Canada Inc. v. Schmeiser case on May 21, affirming that commercial embodiments of genetically modified inventions are protected in Canada. This is an important ruling for Canada's growing biotechnology industry, and it was the pending decision referenced in my February 2004 BioPharm International article, "The State of Intellectual Property in Canada: Pending and Spending."

Among the key issues was whether Saskatchewan farmer Percy Schmeiser infringed Monsanto's rights in its patented genes and derived plant cells by growing canola plants with the genetically modified material. Schmeiser argued that as Monsanto's patent covered the gene and derived cell lines but not the entire gentically modified plant, a finding of infringment would effectively protect higher life forms in contradiction to the court's 5-4 earlier decision denying patent protection for the genetically engineered Harvard Oncomouse.

In another 5-4 split decision, the court dismissed Schmeiser's argument, finding that Monsanto's claims were infringed. The court examined a patentee's exclusive "use" right "purposively," "contextually," and in light of the jurisprudence. Seven propositions were distilled, including one that stated that any use that deprives the patentee of the full enjoyment of its monopoly, regardless of whether it is used with broader unpatented subject matter — such as the entire plant — is infringement. In saving, planting, harvesting, and selling the crop from plants containing the patented gene and cells, Schmeiser had "used" the invention, depriving Monsanto of the full enjoyment of its invention in a commercial context, the court ruled.

Three of the seven propositions related to a "stand-by utility" circumstance (which arises when there is a benefit to having the features of a patented invention available for use, even if these features are not actually used). Schmeiser alleged non-use since he did not actually spray the Roundup herbicide on the herbicide-resistant canola. This argument failed to account for the "stand-by or insurance utility" of the properties of the patented genes and cells, and nothing in the evidence assisted in rebutting a presumption of use in this context. The court found that Schmeiser actively cultivated the Roundup Ready Canola:

"He did not explain why he sprayed Roundup to isolate Roundup Ready plants he found on his land, why he then harvested the plants and segregated the seeds, saved them and kept them for seed; why he next planted them, and why, through his husbandry, he ended up with 1030 acres of Roundup Ready canola which would otherwise have cost him $15,000."

Canada's top court continues to be divided on the scope of protection for higher life forms. The minority view was that the patent claims should be limited to the isolated cells and genes and could not be construed to extend to the canola plants since this, in effect, conferred patent protection on higher life forms.

It was not all bad news for Schmeiser. On the evidence, the accounting of profits award was reduced to zero dollars. Since there was no finding that Schmeiser sprayed Roundup on the 1998 crop, the profits were the same with or without the use of the invention. In view of the mixed result, Schmeiser did not have to pay for Monsanto's costs, the court ordering that each party bear its own costs throughout. 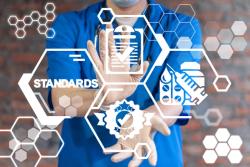