Let's be frank. Love doesn't make the world go round —money does, especially if you're developing a promising technology but you're facing ten or fifteen more years of bench time and clinical trials before you can unveil a marketable product.

Let's be frank. Love doesn't make the world go round —money does, especially if you're developing a promising technology but you're facing ten or fifteen more years of bench time and clinical trials before you can unveil a marketable product.

Raising capital is a time-consuming activity that every biopharma must tackle. I'm sure many of you would prefer to put off these efforts till tomorrow and concentrate on science. But, and you know this all too well, there will be no tomorrow for your company if you don't generate funding today to support your endeavors.

Brent Zettl, CEO and president of Prairie Plant Systems, waxed philosophical one day as he described his company's development of biosecure underground growth chambers for plant-made pharma. Brent's view is that "if necessity is the Mother of invention, then revenue is the Father." I bet you'll agree with him. Since younger biopharmas are in the midst of creating technology that just drains the coffers, the trick is to capitalize on another asset you may already own that will replenish them (like Hemosol, in our cover story ), or convince someone with ample revenue that you can swap something of value for their support — perhaps a piece of the future pie?

There are a variety of revenue sources available to biopharma executives. This month, we offer an indepth look at one of those sources in our October supplement titled BioPartnerships. The keystone of the supplement is a candid roundtable discussion among major players from both big pharma and biopharma.

What makes partnering — and particularly, partnering with big pharma — so attractive for biopharmas these days? Big pharma faces pricing, generic, and regulatory pressures, not to mention those well-known holes in their pipelines created by patent expirations. So if the technology and the fundamentals appear to be a fit, don't forget that big pharma might be just as interested in developing a relationship with you as you are with them.

That's not to say you shouldn't consider partnering with anyone but big pharma, if partnering is the path you choose. "Big pharma is not the only game in town," says Jim Watson, director of strategic partnering services for Burrill & Company, "hence the volume of their deals has decreased in the last few years." Watson, who spoke at the BioPartnership North America Conference in Vancouver, commented that, naturally, the deal value will be smaller with a middle-tier company, but there are advantages to partnering with someone other than a giant pharmaceutical company — speed, for one thing. 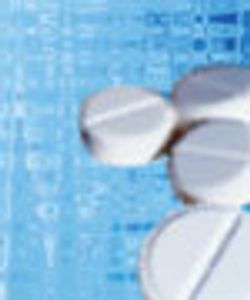