The author outlines the need for custom-cell products.

Pharmaceutical researchers are continuously searching for the ideal model to understand the biotransformation and clearance of their novel drug compounds. The use of in vitro models in early-stage drug development can facilitate elimination of unsuitable new chemical entities (NCEs) before they ever reach clinical trials, the most costly and resource-intensive portion of the drug development process. The goal is to create in vitro models that best represent physiological conditions and retain stable cellular functions to better predict in vivo effects.

Liver cell co-cultures can offer a more comprehensive in vitro model to study the effects of intercellular signaling on xenobiotic metabolism. Non-parenchymal cells (NPC) of the liver such as Kupffer, sinusoidal, endothelial, and stellate cells can be co-cultured with hepatocytes to more accurately mimic in vivo conditions.

Kupffer cells are a type of macrophage located within the liver sinusoid that are of particular interest because of their key role in the modulation of drug-metabolizing enzymes following immunological response. Hepatocyte/Kupffer cell co-cultures can be seeded at ratios with increasing Kupffer cell content to allow investigators to compare inflammation versus normal-state response. Stimulation of the co-cultures with lipopolysaccharide (LPS) results in the release of a variety of soluble factors, such as nitric oxide (NO) or pro-inflammatory cytokines, such as IL-6 and TNF-α. The response to inflammation and infection can lead to altered gene expression, down-regulation of cytochrome P450 (CYP) enzymes, and depression of the mechanisms underlying drug clearance.

The use of hepatocyte/Kupffer cell co-cultures is also important in the screening of therapeutic proteins and biologics. These drugs are more heterogeneous in composition, follow different pathways of elimination, and have greater potential to elicit an immune response. Their impact on CYP enzyme suppression and the potential to cause small molecule toxicity should be thoroughly studied before reaching clinical trials.

Other advantages to culturing hepatocytes with NPCs are longer maintenance in culture and higher liver-specific function. Fresh and cryopreserved hepatocytes and non-parenchymal cells from the same donor or pool of donors allow researchers to reconstitute compatible cells in a physiologically relevant format that is most appropriate for their experiment.

Though most drugs are metabolized by CYPs, other enzymes are crucial to a drug's clearance. For example, the cytosolic enzyme aldehyde oxidase (AO) has been in the spotlight lately for its role in the metabolism of NCEs, particularly those of notable clinical failure. Unlike cytochrome P450 (CYP), there is limited information on AO metabolism data. Most Phase I metabolism is evaluated using hepatic microsomes, which are devoid of AO. Also, recent reports have noted differences in AO activity within animal species, and that these differ considerably from humans (1). Knowing this, some pharmaceutical companies have begun to screen NCEs using S9 fractions in parallel with purified microsomes and cytosol, while others are using human hepatocytes. It has been recently demonstrated that cryopreserved human hepatocytes sustain AO activity near in vivo levels, enabling them to be used to screen out compounds that undergo rapid clearance due to AO metabolism (2). This makes it both convenient and advantageous for researchers to work with a human whole-cell system that mimics in vivo effects.

Xenobiotics are moved across cell membranes by transmembrane proteins known as transporters, which may aid in the clearance of drugs. Transporters from many protein families are responsible for the cellular uptake and excretion of xenobiotics and can be found in the liver, kidney, blood-brain barrier, and intestine. The interactions of drugs can cause differences in drug disposition by way of inhibition or induction, leading to the importance of transport screening in early drug development. In hepatocytes, it has been shown that prototypical transporters are maintained after cryopreservation, validating their importance in screening for a drug's potential as a substrate, inhibitor, or inducer of transporters.

Pooled human cryopreserved hepatocytes have long been a favorite among researchers who seek a cellular product that will provide an average population response in studies related to transport uptake, toxicity, apoptosis, and metabolism. However, early screening may indicate that the action of a drug will have a more profound effect in a certain subset of the population. In this case, it may be advantageous to perform further analysis using a customized, pooled hepatocyte product that is comprised of only those donors of interest. It is important to find a supplier with an extensive inventory of fully characterized human cyropreserved hepatocytes to allow custom formulation of product based on donor age, demographic, genotypes, medical history, serologies, or CYP enzyme activities.

The study of how genetic variation affects an individual's response to a drug, also known as pharmacogenomics, is an area of specialized research that can lead to more personalized therapeutic intervention. In human hepatocytes and microsomes, one way to identify genetic variants is by characterizing for specific single nucleotide polymorphisms (SNPs). Knowing the genotype of the donor used to screen for pharmacokinetics can help explain an NCE's metabolic potential. Enzyme activity data plus genotype data paint a more complete picture and help to interpret the response to the novel compound.

Investigators need to be able to evaluate the products they use to interpret and understand the results of their experiments. Cell culture combined with molecular and histochemical techniques allow a multidisciplinary approach to unlocking differences between donors, isolations, and systems. It may be advantageous, for example, to isolate and analyze RNA from hepatocytes or NPCs to know the genotype of polymorphic proteins or expression levels. A cell sample can be retained from the isolation and preserved for further investigations. If time is of the essence and fresh cells suffer loss of a function crucial to the study, the cells alternatively can be stained and fixed before shipment.

Investigating a drug's safety and effectiveness can be accomplished with high-quality, physiologically relevant in vitro products. Success in early stage drug development requires the use of established methodologies along with openness to new, creative approaches when faced with difficult questions. One type of answer suggests the use of customized products that fit perfectly into an experimental design.

Timothy Moeller is a scientific advisor for Celsis In Vitro Technologies. 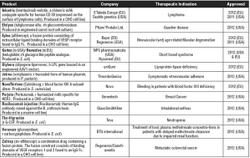 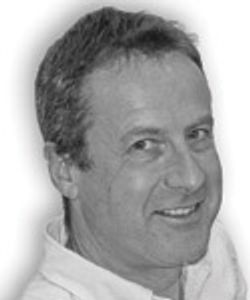 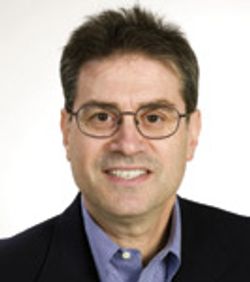