StreetTalk: Have BioPharm Business, Will Travel

The global market for biopharmaceuticals points to a healthy future for industry.

"If you want to be a big company tomorrow, you have to start acting like one today."

Those are savvy words spoken by none other than Thomas J. Watson, Jr., the longtime head of IBM and a guy who's been around the block. For a company to grow, it has to think big.

From a closer-to-home point of view, it doesn't get any bigger than the global market for biopharmaceutical products. It's no secret that, ever since the biopharm industry was launched with its first product (recombinant human insulin) in 1982, the industry has grown by leaps and bounds in the US.

But the last 22 years were only an appetizer for the industry and its investors. Now, with the evolution of the global market for biopharmaceutical products, the curtains are opening on the biopharm revolutionÃ­s second act — an act that no serious US-based biopharm company will want to miss.

HOW BIG IS THE GLOBAL MARKET?

According to Dublin-based Research & Markets, the global market for biopharmaceuticals is valued at about $41 billion, with a beefy compound annual growth rate of 21% since the turn of the century (a time when many regional economies, including Uncle Sam's, were mired in recession). According to Research & Markets, the global market for biopharmaceutical products could hit the magical $100 billion mark by 2010.

The good folks at Research & Markets have some more facts and figures on the global market.

US companies that are losing market share to international companies — and that want to form overseas mergers and alliances to regain market share — may take some comfort from the knowledge that global biopharm firms are using the same recipe for success that has bolstered the US market over the years: cooking up new drugs and technologies in academic laboratories, commercializing their products, and fueling those products' commercial growth through venture capital funding and risk and reward opportunities financed by Wall Street and its army of bio-happy investors.

True, regions like Europe and Australia are something of Johnny-come-latelies to the biopharm revolution, but they're working hard to make up for lost time. Foreign bourses saw the remarkable growth of the US biopharm market and realized, a bit belatedly, that public subsidies and never-ending bureaucracy were barriers to industry growth within their borders.

The old mindset is changing fast. In Germany, companies like Evotec OAI grew out of a new political attitude emphasizing bureaucratic reform and renewed investment. Germany went so far as to match private funding with state funding to encourage faster growth. The German government also tamped down burning embers from the genetically-engineered food crisis that threatened biopharmÃ­s growth in Europe over the last decade. Evotec did its part too, freeing itself from the shackles of border limits, by striking out and buying a biotech firm in the UK. The company brought in 70 million euros (about $60 million in US dollars), and today has about 600 employees.

The UK is also becoming a biopharmaceutical hotbed. Industry observers there are quick to point out that the heavy lifting on the structure of DNA was done at Cambridge University. Ernst & Young recently counted 278 biotech medicines in clinical trials in Europe, and UK companies were responsible for 128 of them.

One snag holding back UK biopharm growth is the London Stock Exchange restriction that limits early-stage companies from selling public shares on its main market. The rule has made some investors skittish and has taken away a big fundraising weapon that US firms have used to their advantage.

The Pacific Rim is also proving to be hospitable to biopharm, especially firms with US ties. JapanÃ­s trade lobby organization, Japan External Trade Organization (JETRO), is luring US biopharm companies like Inhibitex and AviGenics (both based in Georgia) to forge ties with Japanese companies by offering leaders of US biopharm companies all-expenses-paid trips to the Land of the Rising Sun to kick some tires and drink some sake. The question for JETRO is whether or not it can gain some traction in attracting US companies to Japan — a development that has yet to take hold as US firms continue to favor alliances with other US companies.

The Japanese government's decision to open up its historically strict trade rules should help. The fact that the country has one of the highest reimbursement rates for prescription drugs in the world is a big benefit to biopharm companies, especially cash-starved smaller firms looking for quick profits. It's also worth mentioning that large biopharm firms like Amgen have been operating in Japan for years.

In Cuba, intelligence officials say that a burgeoning biotechnology market may be nothing more than a smokescreen for a biological weapons program. Cuban officials deny the charge but a similar situation existed in Iraq in the early 1990s: a government program ostensibly researching single-cell protein production was actually a cover for biological weapons laboratories.

Now, it's hardly news to US companies to be wary of countries with unstable investment infrastructures and bombastic dictators, but it is also easy to misdiagnose an "up and coming" market as a good outpost for your firm's drugs and technologies, if not your personnel.

Potentially dicey situations in countries like Cuba are most definitely the exception and not the rule for US firms considering overseas expansion. Still, companies must do their homework. The key in succeeding globally, like any good business venture on foreign shores, is to get the lay of the land early on: the customs, currency, rules and regulations, and government access. These and other due diligence issues must be investigated and addressed well in advance of the day you hang your "Open for Business" shingle in London, Tokyo, or Helsinki.

Let's face the facts. For the biopharmaceutical industry, it's not just about the US anymore. American biopharm companies with a protectionist, domestically-oriented mindset must take their blinders off or risk falling behind competitors who set up shop overseas. 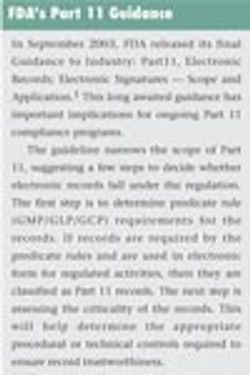