Pharmaceutical demand in Brazil continues to grow steadily with sales figures expected to reach $87 billion in 2017 according to IMS Health. It is anticipated that the country will become the fourth largest global market for pharmaceuticals by 2016, leading the Latin American region.

Brazil has come a long way since its era of high inflation, achieving low national debt, with a rapidly growing middle class hungry for almost anything money can buy, including top-notch electronics, imported automobiles, international vacations, and MBA courses. In addition, access to private healthcare, an expansion of the generic drug market through government policies, as well as the increased national healthcare services along with better business regulations have attracted the eyes of international pharmaceutical companies.

"Brazil, compared with its emerging counterparts, presents an important advantage [for international companies] because we are a democratic country with knowledge in the law field, have institutions that work properly as well as [the benefits of] free press and judicial resources," says Antônio Britto, executive president of São Paulo-based Interfarma (a pharmaceutical research industry association). Britto adds that this environment presents Brazil's main differential, followed by the fact that emerging markets have been expanding mainly on common or popular pharmaceutical products amid the rising purchase powers in these regions.

Pharmaceutical companies around the world are aware that the industry is currently facing a strategic crisis. According to Roland Berger Strategy Consultants, this crisis means that business models must be adjusted given the shrinking margins of pharmaceutical companies as a result of increasing pricing pressure, regulatory changes, and expiring patents.

Emerging markets show strong growth despite the lower margins, driven heavily by non-patent-protected products. According to data from Roland Berger Strategy Consultants, the biggest growth opportunities for the pharmaceutical industry would be in such markets because these regions are set to rise to nearly 40% by 2016. The firm believes that greater efficiency in research and more collaboration with third-party providers will become increasingly important given that R&D costs have risen by more than 80% worldwide over the past 10 years, while the number of new product launches has dropped by 43%.

Interfarma's Antônio Britto notes that there has been a rise of global pharma dynamics in the past five years, moving from the US, Europe, and Japan towards emerging markets such as Brazil, Mexico, Russia, and Turkey. Brazil, China, India, and Russia have been experiencing above-average growth rates with emerging markets expected to account for nearly 40% of the global market for pharmaceuticals by 2016. Focusing on high-growth markets could, therefore, be a solution to the crisis for the pharmaceutical industry. Figures from Roland Berger Strategy Consultants show that the market for pharmaceutical products will grow by 4.5% annually on average through 2016, while growth in emerging markets will increase by approximately 12%.

As the country's economy becomes more stable, Brazilians now face "wealth-related" health issues including obesity, diabetes, and cancer. Consequently, the best opportunities found within the local industry will be from common illnesses as well as complex diseases, says Antônio Britto.

Of the 540 pharmaceutical companies in the country, 90 produce generic drugs. International manufacturers including Roche, Pfizer, and Sanofi-Aventis for example, have developed facilities in Brazil to compete with local companies despite the strong government support towards the domestic players. Nevertheless, the need for research and innovation continues as the region presents many growth opportunities for access and consumption of pharmaceutical drugs and products, according to Interfarma.

"Brazil shows important advantages [compared with other countries]; however, there are also issues to be faced," says Britto. For example, the local taxes are an issue to be dealt with when entering the market as well as well-recognized infrastructure problems, which have always been a concern to companies because the transportation infrastructure has not been able to keep up with demands.

While the local government has in the past invested in this area and is set to invest further to cater for upcoming international sports events that will be staged in Brazil, goods, including pharmaceutical products, still continue to pile up at airports and ports. According to Britto, new players must be prepared to bear the high costs of regulatory delays and taxes, of which Brazil is among the highest in the world, as well as put up with infrastructure challenges that pose difficulties in ports and airports. He also mentions challenges in recruiting highly technical employees for specific jobs due to the country's education deficiencies, mainly in the areas of science, chemistry, and engineering.

International press reports have stated that the regulations in Brazil tend to be confusing; hence, partnering with a knowledgeable supply-chain provider would be best for new companies entering the local market. In fact, the government has suggested that new companies partner with a local firm to enter the Brazilian market. However, Britto does not believe in a formula that applies to all companies. "It all depends on the type of company and product to be developed in Brazil and it depends on the market it will be competing in," he says.

Britto considers Brazil to be well regulated and states that the system is rigorous. "Brazilian regulation is as good as the best global regulations on average. The problem is not the lack of regulation, but the lack of professionals capable of putting the existing regulation in practice."

It is clear that to succeed in this complex market, pharmaceutical companies will need to rethink their strategies carefully. Roland Berger Strategy Consultants agree that there is no such thing as a generally valid strategy but a multi-dimensional plan to thrive in such an unknown environment.

—Hellen Berger is a business writer based in São Paulo, Brazil. 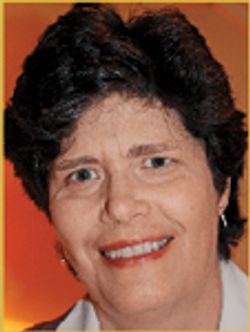 The Pains of Change 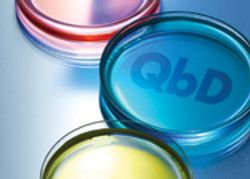 QbD and PAT in Upstream and Downstream Processing 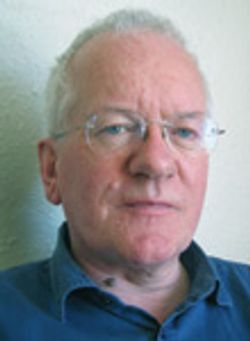