New policies revise payment formulas and open the door to increased scrutiny of prices and effectiveness.

On December 8, 2003, after a long, contentious battle, President George W. Bush signed a massive, complex bill that promises to overhaul Medicare policies and coverage for drugs and biologics. The centerpiece of the legislation is a new prescription drug benefit for seniors, which is slated to cost at least $400 billion over the next ten years. Manufacturers applauded the measure for boosting drug utilization without establishing explicit price controls. Of immediate importance to biotech companies, the bill revises payment formulas and reverses recent reimbursement cuts for certain therapies already covered by Medicare.

New coverage for outpatient drugs begins modestly this year by providing seniors with Medicare-endorsed drug discount cards that could cut drug costs up to 25%. In 2006, Medicare beneficiaries can sign up for a new drug benefit that will cover about 75% of prescription costs up to a $2,250 cap (after a $250 deductible). The program then will pay almost all pharmacy expenses above a $3,600 "catastrophic" threshold, an approach that will make high-cost biotech therapies more affordable for patients.

The program will provide assistance for low-income beneficiaries' fairly high out-of-pocket costs. This includes "dual eligible" seniors who qualify for state Medicaid programs but now will get drug coverage through Medicare instead. In addition, elderly patients who enroll in managed care plans are likely to gain broader coverage to fill in the "donut hole" between the $2,250 cap on regular benefits and the $3,600 catastrophic coverage threshold.

Establishing a relatively low threshold for catastrophic coverage is important in providing assurance to biotech manufacturers that patients will be able to gain coverage and reimbursement for innovative products in the future, explains Sharon Cohen, vice president at the Biotechnology Industry Organization. Although Medicare covers most biologics because they are administered in hospitals, clinics, and doctors' offices, biotech companies are developing new oral products, inhalation therapies, and other treatments using innovative delivery systems that can be administered in the home — and would not have been covered under previous provisions.

In addition to the new outpatient drug benefit, biotech manufacturers stand to gain from a number of less-noticed provisions in the bill that revise how Medicare calculates reimbursement for covered drugs and biologics. The bill will:

Reform of the AWP payment formula also promises to increase government monitoring of manufacturers' prices. The legislation calls for the HHS inspector general to audit manufacturer price reports regularly and compare the figures reported to Medicare with prices available to private purchasers and those reported to Medicaid. Congress specifies that manufacturers will face criminal charges for submitting false price information, a provision that aims to ensure that Medicare payments reflect the "widely available market price."

Creating a $400 billion Medicare drug benefit in itself will focus attention on program design and costs. Provisions designed to protect beneficiaries from overly restrictive and arbitrary coverage decisions by pharmacy benefit managers (PBMs) will generate a certain amount of transparency in prices and rebate agreements. Plans must establish P&T (pharmacy and therapeutics) committees to develop and review formularies, which must list at least two products in each therapeutic class. Formulary decisions must be based on scientific evidence and standards of practice and provide patients access to medically necessary drugs. Plans also must notify patients and physicians of their intent to remove a drug from preferred-drug lists and provide a means for beneficiaries to request exemptions and appeal coverage decisions.

A number of government agencies will monitor and report on the impact of expanded Medicare drug coverage. In addition to keeping an eye on the market price of drugs, HHS will report on geographic variations in drug spending. The Federal Trade Commission will assess payments to pharmacists, while the General Accounting Office will monitor any decline in employer retiree benefits.

The Medicare legislation contains controversial language that prohibits Medicare officials from interfering with negotiations between manufacturers and PBMs or from establishing a national formulary or "particular price structure" for drug reimbursement. This provision provoked outrage from critics who claimed it prevents the government from benefiting from cost-control techniques available to private plans. Continued dispute over such policies will focus attention on how well PBMs can extract price concessions from industry.

Also, the debate about reimporting drugs from Canada and other countries is far from over. Congress adopted a fairly toothless measure that requires HHS to certify that any reimport program is safe — something the agency won't do. However, the public continues to clamor for access to cheaper Canadian drugs, and the legislation calls for HHS to study safety and trade issues associated with reimportation.The legislation also encourages more research on medical outcomes and cost-effectiveness. The Agency for Healthcare Research & Quality (AHRQ) gains funding to identify research projects on outcomes, comparative clinical effectiveness, and appropriateness of health care services and products. The aim is to assess whether government spending in certain areas is warranted, opening the door to increased attention to drug outcomes and comparative costs.

Opponents of the Medicare bill expect to press for further changes, and "corrections" are likely even in 2004. Analysts predict that the $400 billion budget is likely to support the program for only a few years — not ten. A big budget shortfall will generate demand for payment cuts and heftier discounts on drugs and biologics. If PBMs decide not to compete for Medicare business, the federal government may end up playing a greater role in providing drug benefits. Such developments will only intensify already harsh scrutiny of drug prices and encourage manufacturers to find new ways to cut costs and document product quality. BPI

From the Editor—At The Brink of Maturity 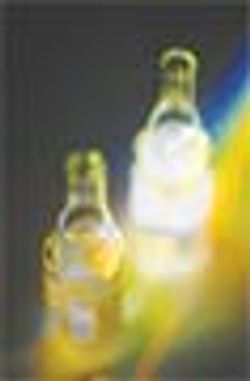 Ramping Up and Ensuring Supply Capability for Biopharmaceuticals 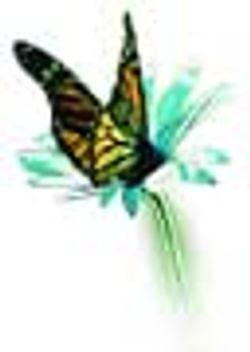