New reports indicate that drug prices are slowing compared to other healthcare costs.

Over the past year, there has been considerable coverage in the national media about rising healthcare costs and increased out-of-pocket charges for patients. In response to these concerns, some policymakers have focused on ways to restrict or regulate prices on prescription drugs. This approach is misguided and will not solve the underlying issue.

There is a perception that prescription drug spending is the primary driver of rising healthcare costs in America. The facts don’t bear this out. Several new reports highlight that drug prices are slowing compared to other healthcare costs.

The Centers for Medicare & Medicaid Services (CMS) recently found that prescription drug spending not only experienced the largest slowdown of all healthcare categories in 2016, it actually slowed down the overall rate of growth in healthcare spending (1). In separately report data, CMS projects 1.6% pricing growth for 2017, which would be the lowest inflation rate for drugs since 2007 (2).

But are rising drug costs driving growth in insurance premiums? The short answer is no. Avalere used data reported by the insurance companies themselves to determine what really drove premium increases in 2017. Avalere found that more than 75% of health-related claims costs in the Affordable Care Act’s individual and small-group markets were attributed to hospitals and doctors in 2015 (5). Drug spending accounted for just 17.7% of allowed claims.

Medicine isn’t what’s causing health care costs to rise. Medicine keeps people out of hospitals and doctors’ offices, which are the top cost drivers. For example, a report by Milliman (6) on hepatitis C projects that the cost of hepatitis C to the U.S. health care system could be $115 billion over the next decade. Greater insurance coverage of Hep C cures could lower these costs substantially by reducing liver cancer, long hospital stays and costly surgeries.

There is a role for Congress to play to keep drug prices in check. It can modernize FDA and clear the backlog of generic drugs waiting for approval. It can reduce unnecessary regulations that hinder innovation and competition. It can remove legal and regulatory barriers so insurers and drug innovators can make arrangements to “pay for performance.” And it can quickly implement the bipartisan 21st Century Cures Act, using real-world evidence and innovative clinical trial design to get new medicines to market faster.

In the end, our leaders should study the data and be careful not to adopt a solution that harms biomedical innovation while failing to address the root cause of rising healthcare spending.

When referring to this article, please cite it as J. Greenwood, " Drug Spending Not Driving Rising Healthcare Costs," BioPharm International 30 (6) 2017. 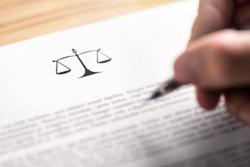 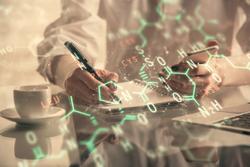