Cell-based therapies are gearing up to have an extensive impact on the healthcare field in the coming years. They show great promise in the treatment of diseases ranging from various types of cancer to chronic conditions such as heart disease and diabetes. The overall market for regenerative medicine has been predicted to reach as much as $20 billion by 2025, according to research from Scientia Advisors, and if this growth is to come about, there must be reliable, efficient methods for scaling up the production of the stem cells that are used in many of these therapies (1).

In initial phases of development, the focus is on finding a way to obtain the desired cells, with cost being less of a driver. However, on a larger scale, cost becomes a significant issue, and creates the need for alternative manufacturing technology to be implemented. It is also important that emphasis remains on the safety and reproducibility of the process, as well as adherence to GMP standards.

When growing adherent stem cells, a surface must be provided. In the laboratory, this is relatively simple, and there are several systems available. Flasks and multiplate stacks allow adherent stem cells to grow successfully on a two-dimensional (2D) surface. However, problems appear when the product moves into the later stages of clinical trials and larger numbers of cells are required. It must be noted that there is a difference between the processes for autologous and allogeneic therapies. For an autologous therapy—one based on the patient's own stem cells—the batches remain the same size, but many more batches are required, so scale-out is needed. However, for an allogeneic therapy, where all patients receive the same cells, the batches become much larger, and the process must be scaled up, so a much larger surface area is required.

There are currently three main options available for scaling up adherent cell production. These include keeping a 2D surface with some form of plate-based system, using microcarriers in stirred tank bioreactors, where the cells grow on the surface of the microbeads, or using some form of three-dimensional (3D) technology where a sophisticated scaffold is used to hold the cells, such as a microfiber or a hollow fiber.

There are two main criteria that must be considered when selecting a system for stem-cell bioprocessing and recovery. The growth, integrity, and quality of the cells must be preserved and controlled, and it must be possible to harvest and recover the cells smoothly.

For scale-up, it is not as simple as merely providing a larger surface area. Fragile, adherent stem cells are sensitive to the niche microenvironment, which can affect the way they differentiate. For cell-therapy applications, it is vital to prevent the cells from making unwanted differentiations.

Changing the niche environment in which they grow by altering the surface can have a large effect on the cell behavior. Stem-cell culture and differentiation are sensitive to many different factors. These factors include the physicochemical environment, pH, dissolved oxygen, shear stress, and the concentration of metabolites within the culture. The surface composition and geometry affect the cells' connections and the extracellular matrix. The cell density can also have an effect.

Another point that must be considered is the ability to recover the stem cells smoothly. Most of the systems used to grow cell lines were designed for the production of vaccines or proteins, with no need to harvest the cells at the end of the process.

Overall, scale-up from the R&D laboratories to an industrial process requires the ability to control the physicochemical parameters, to minimize the change in the cell surface, and to monitor cell density. The following sections describe three common scale-up platforms.

The main feature of a plate-based system, such as the ATMI LifeSciences Integrity Xpansion multiplate bioreactor, is that the surface remains flat and is made from hydrophilized polystyrene. The plates are similar to those on which stem cells are grown on multiplate stacks in the laboratory. This bioreactor offers a compact version of a laboratory multiplate stack and enables one to replace multiple devices by a single container. One Xpansion 200 plate offers a surface of 120,000 cm2 (equivalent to 20 standard stacks of 10 plates) in a 60x35 cm area. In this model, the bioreactor enables stem-cell expansion in a closed system with fewer operations needed. The gas exchange is not between the plates, but rather in a central column with channels along the plates through which the medium circulates, consequently reducing the footprint.

Temperature, pH, and dissolved oxygen levels are all carefully monitored and controlled. Light microscopy is then used to study the morphology of the cells and enable cell density to be calculated.

Harvesting the cells is also straightforward. To remove them from the plates, a solution of an enzyme, such as trypsin, is added to separate the cells from the surface and prepare them for concentration and washing.

Multiplate-based technologies provide one solution for both large autologous batches and small, allogenic batches containing a few billions of cells per batch.

The most commonly used large-scale technology involves microcarriers. Here, the surface on which the cells grow is in the form of microbeads, which are suspended in the culture medium within a stirred tank bioreactor. However, the environment is modified, because continuous stirring increases the shear stress on the cells, and this leaves no guarantee that the morphology of the cells will remain the same as when the cells are grown on static surface, such as plates.

Not all stirred tanks are suitable for use with microcarriers because it is imperative that the culture must be agitated very smoothly and gently to ensure that the microbeads do not break, and shear stress must be minimized. To address this, a few stirred tank bioreactors have been designed with mixing technology that provides efficient mixing with minimal agitation and lower shear stress.

One drawback of microbeads is the seeding step. While they have great potential at a large scale, to be able to run a 200-L bioreactor, it is necessary to have gone through several scale-up steps, with runs at 20 L and 50 L. Multiple scale-up steps add to the complexity of the seeding and passages steps. Another drawback of the stirred tank is a technological one: harvesting the cells. A sophisticated and gentle purification step becomes essential to separate the cells from the beads without damaging or changing them.

Microbeads represent a solution for large-scale production, but process development is highly complex and takes time, and cell observation is complex. The microcarrier technology, on the other hand, optimizes capacity and is promising for large allogenic batches that have more than hundreds of billion cells per batch.

Another alternative for adherent cell growth is a packed-bed bioreactor. This type of bioreactor has a 3D scaffold structure based on a specific material such as nonwoven microfibers, a biopolymer, or a hydrogel, and the cells are entrapped in this fixed bed. A drawback is the difficulty of observing the cells as they grow. This technology provides a good environment for the cells to grow in, but because of its 3D nature, there is an even greater possibility that the morphology of the stem cells will be different and as a result, a significant amount of validation is required to ensure the final production process is both robust and well defined. A further drawback of this technology comes with the harvesting process. During harvesting, the cells need to be removed from the scaffold.

It has been proven that the cells grow in hollow fiber-based systems because they grow within the fibers, limiting the shear stress. It is notable that these fibers are limited in terms of scale, and the pH and dissolved oxygen within them may not be controlled. However, if the cells are particularly sensitive to shear stress, packed-bed bioreactors offer advantages over stirred tanks.

The common drawback across all of these systems is that the surface has changed from 2D to 3D, which may lead to different behavior in the cells. However, biopolymer, hydrogel, and innovative scaffolds may a means of solving the drawback of allogeneic therapy and large-scale stem cell expansion.

In the early stages of development, laboratory technology such as cell stacks or flasks is perfectly adequate to produce a sufficient amount of cells for preclinical and clinical studies. But once Phase I and II trials have succeeded and the product moves down the development pipeline, these methods are impractical, and some form of scale up or scale out is necessary. This process is further complicated by the fact that GMP standards also require that safety and process reproducibility be considered and documented.

When choosing the best bioreactor, a number of questions need to be asked. These questions include looking at whether shear stress, pH, and dissolved oxygen levels need to be controlled. This is mandatory with fragile cells such as stem cells. Another important question is related to the scale of batch. When a very large number of cells is required (i.e., hundreds of billions cells per batch), microbeads in suspension or a high-cell-density bioreactor (i.e., fixed bed) may be the best option. On a more limited scale, cell stacks can be used if the scale remains extremely small—millions of cells. A multiplate bioreactor will probably be more appropriate for mid-scale production (i.e., hundreds of millions of cells per batch).

Overall, the scale-up from R&D to industrial production must preserve the integrity and quality of the cells. It is important to be able to control the physicochemical parameters, minimize change in the cell surface, and monitor cell density. The process must meet GMP standards within a closed system, be reproducible, and require minimal operator intervention.

For an autologous therapy, the most practical option may well be a 2D multiplate system such as the Xpansion bioreactor which has a much smaller footprint and operator requirement than laboratory-scale devices. The biggest advantage of this bioreactor is that the microenvironment in which the cells grow remains close to the environment in the cell stack or flask, and therefore, the way in which the cells behave is much more likely to remain the same as in small-scale culture. As such, it requires less process development effort and decreases risk, because of the similarity to laboratory-scale systems. Automation of the system can be a solution to support scale out, and can enable running several cultures in parallel to supply large volumes for commercialization.

For an allogeneic therapy, where the volume requirements may be much larger, switching over to using microcarriers in a stirred tank bioreactor could, in the long run, be the best solution. An intensive process-development program would be essential to ensure that the stem cells that are grown remain substantially the same as those made in the laboratory, and that neither the changed microenvironment nor the harvesting process affect the final product. Packed-bed technologies would be even more efficient, but innovative and specific scaffolds must be developed if they are to become a practical solution. A mixed scale-up and scale-out process using Xpansion might offer a route to push forward clinical development and the early commercialization scale while more efficient large-scale technologies are being investigated.

When working on a larger scale, microcarriers in a stirred-tank bioreactor and packed-bed bioreactors can enable larger batches to be made, but may require much more development work to ensure the cells grow with the correct morphology. Multiplate bioreactors address this challenge by mimicking the laboratory-scale equipment in which the cells are initially developed.

In the long run, industry needs to develop a new solution that simplifies the scale-up process. The perfect technology will minimize the time and energy required in the development process, while ensuring the production of stem cells with the correct morphology in reproducible batches. The multiplate design is practical in the earlier stages of development as an enabling technology for the industrialization of cell therapy process. Future technological development will ultimately be required to support and sustain the mass commercialization of stem-cell therapies. 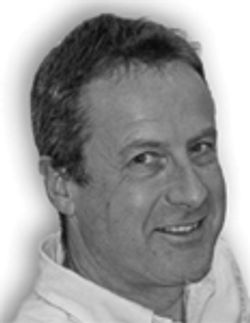 The Transformation to Process-Centered Organization 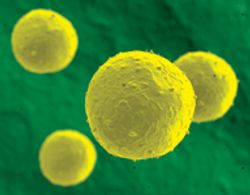 Considerations for Scale-Up of Stem-Cell Cultures