ELEVECTA® - The Next Level in Gene Therapy AAV Production 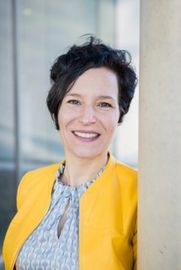 Petra Nitschke is your initial point of contact for CEVEC. Before joining the company in 2019 she held various positions in Business Development, Marketing and Finance, both, in large multinational corporations, including Novartis, as well as in a Bio-Engineering startup.
email: bizdev@cevec.com

Gene therapies have opened up new treatment possibilities for many patients suffering from severe and often life-threatening diseases. Today, newer approaches target common diseases like Alzheimer’s or Parkinson’s, which affect with huge numbers of patients. Thus, demand is dramatically increasing for viral vectors that can deliver therapeutic genes to cells. The challenge for the pharmaceutical industry now is to establish production processes that can keep up with the increasing demand in terms of both volume and consistent quality. ELEVECTA®, a revolutionary technology that enables fully scalable, stable viral vector manufacturing with unprecedented robustness of the process and consistent vector quality, unlocks the full potential of gene therapies and sets new standards in adeno-associated viral (AAV)vector production.

In gene therapy today, an adeno-associated viral (AAV) vector is most often used to deliver therapeutic genes to target cells in a patient. AAVs provide many advantages over other viral vectors such as lentivirus or adenovirus. First of all, they are non-pathogenic. The virus itself cannot replicate without the presence of an adeno-derived helper virus (this is where the name AAV comes from). In addition, AAVs exist in many serotypes or AAV-types differentiated by the surfaces of their capsids and targeting different tissues. Last but not least, AAVs are very robust and stable, are easy to purify, and can be stored for a very long time without losing activity. All of these features make AAVs the perfect vehicle for gene therapy applications.

A whole industry faces the manufacturing challenge of viral vectors

Although the use of viral vectors in gene therapy is promising, a major challenge lies in their production. To meet the growing demand for gene therapies, drug developers need to produce vast amounts of viral vectors. Standard technologies for marketed gene therapy products are not or hard to scale up, however. The reasons are manifold, but the important ones are these technologies a) are usually based on adherent growing cell lines and b) need transient transfections.

Adherent-growing cells are dependent on substrates to proliferate. They can be grown by using cell stacks with numerous cell culture plates piled up or with more sophisticated devices, like the iCELLis, where cells are grown on fibers. All these devices have strong limitations in terms of capacities and handling given the two-dimensional structure. While researchers are finding ways around this by working with suspension cell lines, they still have one thing in common: the need for transient transfection to implement the plasmids carrying the therapeutic DNA into host cells. This process is very complex and requires transfection of three different plasmids:

Besides the transfection reagents, the required volumes of GMP-grade plasmid material are huge and drive production costs. This is where ELEVECTA® stable AAV producer cell lines come into play.

Unlike these conventional technologies, ELEVECTA® is based on a stable human suspension cell line that enables full scalability in all types and formats of suspension bioreactors, from laboratory to commercial scale in consistent quality, with absolutely no need for cumbersome transient transfection steps.

The newly introduced ELEVECTA® platform has moved away from transient transfection and towards producer cells with all necessary components required for AAV proÂ­duction stably integrated into the cell. No need for expensive cGMP plasmids, special transfection reagents, and difficult-to-scale-up transfection protocols. Just one cell line is needed, which, after propagation and expansion to the desired cell titers, is switched on to produce and release AAV vectors at high yields and with good full-to-empty ratios (AAVs with successfully implemented therapeutic genes) into the culture medium-a robust process, very similar to the well-established production methods for monoclonal antibodies.

ELEVECTA® is developed as a modular system. AAV vectors can have different surface structures (i.e., serotypes), which in nature allow the virus to target specific cells in a body. For gene therapy applications, viral serotypes can be further engineered to improve their tissue-specificity and safety.

The ELEVECTA® producer cell line is custom made and works for any natural or engineered serotype-specific capsid gene (information needed to produce the tissue target viral vector) and can be loaded with any therapeutic gene of interest. The modular system of ELEVECTA® allows for standardized processes ensuring consistent quality and fast adaption to specific needs.

With this newly introduced technology, CEVEC has been successful in generating genuine AAV producer cell lines. Its full scalability, stable producer cells, robust processes, and consistent quality provide the efficiency and effectiveness that are needed to pave the way for the success of modern gene therapies in a broad range of indications.